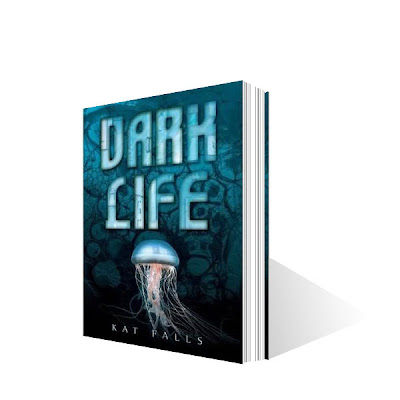 So with the closing of ImageMovers Digital up north I wondered what Robert Zemeckis would do next...

Although the "Yellow Submarine" is still on life support in development, Zemeckis is planning on an adaptation of Kat Falls' "Dark Life" novel. ImageMovers is apparently moving ahead with producing the film, but I don't know how since the studio will be disbanded by late this year. In name only perhaps. Nothing has been mentioned as to if this will continue Bob's mad journey into MoCap or if this will be live-action. I can't see some of it not being MoCap, but I would love to see the Back to the Future director actually direct people who aren't wearing golf balls all over their body.

For those that don't know, here's the official synopsis:

Set in an apocalyptic future where rising oceans have swallowed up entire regions and people live packed like sardines on the dry land left, DARK LIFE is the harrowing tale of underwater pioneers who have carved out a life for themselves in the harsh deep-sea environment, farming the seafloor in exchange for the land deed. The story follows Ty, who has lived his whole life on his family’s homestead and has dreams of claiming his own stake when he turns eighteen. But when outlaws’ attacks on government supply ships and settlements… … threaten to destroy the underwater territory, Ty finds himself in a fight to stop the outlaws and save the only home he has ever known. Joined by a girl from the Topside who has come subsea to look for her prospector brother, Ty ventures into the frontier’s rough underworld and begins to discover some dark secrets to Dark Life. As Ty gets closer to the truth, he discovers that the outlaws may not be the bloodthirsty criminals the government has portrayed them as. And that the government abandoning the territory might be the best thing for everyone, especially for someone like Ty, someone with a Dark Gift.

As details unfold I'm sure we'll find out what direction he plans on taking...
Posted by Honor Hunter at 9:59 PM

No more MoCap please... nobody wants it, stop shoving it up our a*se

Really? You didn't notice that huge amount of money that Avatar made, did you?

I think you're expressing your personal opinion rather than the facts on the ground or the reality of the world around you.

mocap can do very good, or can do very bad. But Robert Zemeckis needs to take a break from MoCap and do something else, he's beginning to be a one-trick pony.

Besides it being my personal opinion (I should applaud him for once being so high in respect to sinking this low and continuing)
But I was actually referring to Robert himself... none of his MoCap films were boxoffice hits.
The characters in his films look like zombies, whereas in Avatar the characters were alive, almost as alive as the humans imo.

Aw jeez not another goddamn movie preaching global warming/environmental disaster crap. Not to mention the big bad evil (and therefore probably right-wing) government. Can you just effing give it a rest, Hollywood?