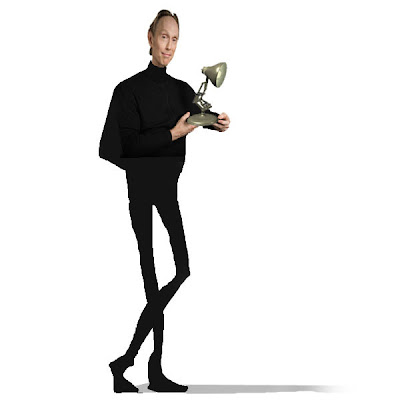 Well, it appears what Blue Sky Disney reported a couple months ago has turned into a reality...

If you remember, back in February we reported about Henry Selick's visits to the Lamp. Today, Variety is reporting that Mr. Selick is coming back into the Disney fold, and he's going to be stationed up in the bay area at Disney North, errr, Pixar, I mean.

The director will work on several projects and take advantage of his close association with the Creatives at the Lamp. It's not known if his films will fall under the Disney banner or the Pixar banner. If Emeryville gets that moniker, it'll mean Lassetter is moving his studio into stop-motion, the article and press release doesn't clearly say.

Thumbs way up on this news.

No April Fool's joke on this one unless Variety decided to jump in the game a day early.

I don't know that Pixar is getting into stop motion any more than they're getting into live action with John Carter of Mars. Most likely this will be released under the generic Disney label and Selick will put together a small shop of animators with previous stop motion experience. This just means that Selick will be using Pixar's story trust and story teams to help him prepare his movies.

And Honor, that picture is awful...

"And Honor, that picture is awful"

I'm hoping this is NOT an april fools joke.

I get the joke but Honor's picture makes my eyes hurt looking at it.

You mean he really does have two right elbows?