Third Visit To The Hollow... 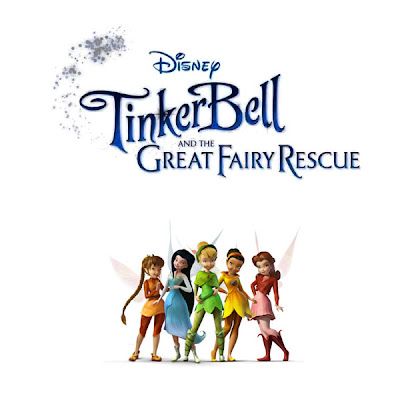 With another year, we have another Tinker Bell film coming out...

There's a new trailer for "Thinker Bell and the Great Fairy Rescue" out that you might want to have a look at. It appears this time they're broadening the world in which the Disney Fairies live. Of particular interest is that this film was written by Rob Muir and Bob Hilgenberg whom you'll know if you read the comments sections of the site. I know that there is one more "Seasonal" Tinker Bell story, "Tinker Bell: A Winter Story" and then "Tinker Bell: Race Through the Seasons". After that fifth one, the sales will determine if there are anymore because as of now that is the end of the series. So if you have a little princess or fairy-in-training, then click on the trailer and show them what they can look forward to.

Just remember to believe...
Posted by Honor Hunter at 1:05 PM

This one doesn't seem related to the seasons at all...

it looks like they're approaching Peter Pan territory. Thank god!

I've wondered why this series had to be "Tinkerbell" rather than another new fairy. So its interesting that the fairies are interacting with people a la Peter Pan. So perhaps it may tie in more tightly as the series progresses.

Still won't watch it, other than glimpses here and there. Not my thing obviously and didn't feel much from what I've seen of the others so far.
Good luck but don't do too many more please.

Well, I like that this film explains why she can talk. If you notice, the humans can only hear the jingles. I guess that ties it back to the way she appeared in Peter Pan. I do hope they tell that part of the story in one of the sequels...her meeting and teaming up with Peter.