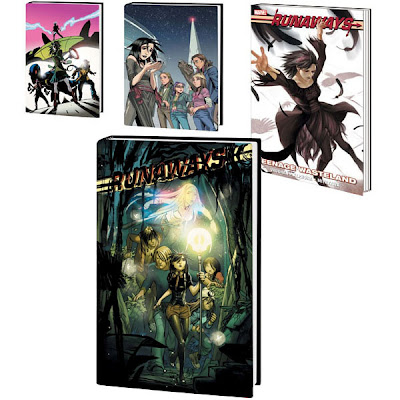 I'm surprised and delighted that Marvel isn't making the obvious choices in their approach to hiring directors for upcoming films...

Not that they aren't hiring talented helmers, but they don't do what some studios do in trying to hire Michael Bay or another flavor of the month. This was the case when we found out that JossWhedon was one of the names on the short list to direct "The Avengers" and it's apparently the case with "The Runaways" film that is going to be starting up soon.

If you haven't heard, Peter Sollett is in negotiations to lens the pic according to Deadline Hollywood. I think this is a smart choice that most film geeks/comic fans wouldn't have thought of. Sollett is known for handling young talent and bringing out great performances, so I can understand why he's someone they focus on. If he weren't to direct it I would expect Marvel to offer the gig to Whedon whom has written for the series. But I really like the smart way that this film company is handling their properties.

It makes me wonder what choices and directions they would be going if they had control of some of their own characters that have been licensed out to other studios right now.

I guess we'll have to wait a decade or so to find out...
Posted by Honor Hunter at 7:07 PM

The only Runaways I care about is the biopic about Joan Jett and Lita Ford.

You'll be the one that bought a ticket to see it, I guess.

Good luck in that empty theater.

I wish they'd make a "Young Avengers" film. That would be even more awesome!!!

WIth Whedon's Dr. Horrible's blog, it was hilarious and really creative. He's a fun director, granted he hasn't directed many stuff, only one major film, Serenity, which was really good. WIth his combination of action, humor and characters, this ought to be fun to see. I think Whedon should direct the Runaways, could be fun, or have Edgar Wright do it, one of my favorite directors with his work on Scott Pilgrim or Hot Fuzz, Shaun of the Dead, Spaced, etc. Concerning the Avengers movie, maybe have