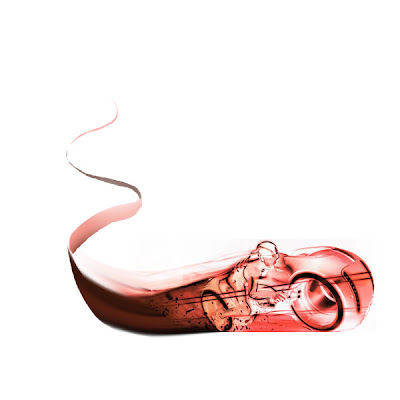 Well, it seems the Hollywood Reporter has broke that Walt Disney Pictures has already started work on a sequel to "Tron Legacy" even though the film isn't even out yet...

That sounds familiar. Where have I heard that before? Oh, right. Blue Sky Disney reported this over a month ago. Nice that the official trades are finally catching up. Wonder if they're willing to share their salary with us? Hmmm? Guess not. They also mention that in addition to a sequel, the Mouse might be planning on making it a trilogy.

That was reported here too. Strange, I thought they reported new news. Truthfully, the only thing new reported is that they don't know who will be the producer, since Sean Bailey is now that he is president of production for Disney. Which is really stating the obvious, like milk is white.

Now let's see if their next breaking report is that Disney is thinking of creating attractions for its parks based on this film cause that would be something new.

No need to be so snarky, Honor. It was probably a slow news day for the HR.

oh wait, they did!

I wasn't talking about /Film, Peter runs a great website and I give him credit when I post something he breaks and gives credit.

I got tired after the fifth or sixth e-mail sending me to the Hollywood Reporter's link. Apparently all these people haven't been reading the site through February or March.

And for the record, I'm in a snarky mood today...

Well, I mean, you've got reason to be. I can only imagine what it's like to report on something and then two months later it's all over the news because a more "credible" source just decided to post the exact same thing.

The mainstream media needs to confirm their stories before they print them. Obviously, Disney didn't confirm the rumors until now.

Now, let's see if you can tell us what type of Tron attraction Disney is thinking about creating for its parks. That would be something new. The mainstream media won't comment on rumors. But I'm sure you can.

"Now, let's see if you can tell us what type of Tron attraction Disney is thinking about creating for its parks. That would be something new."

It would, wouldn't it?

But truthfully, there are several ideas that have been floated and I've not been told that much. Just a couple of really cool concepts.

And until they move closer to the design phase I can't comment. Wouldn't want those Bothans to be looking for work in this economy, would I?

But if Legacy turns out to be a hit, the series will definitely have a legacy in the parks...

I do love how they have already begun moving forward with a movie that "could" make over $300 million and be a franchise, yet no word on the one that just did and nota s much marketing muscle behind the one that probably will in a month...

Not trying to be rude here - really, I'm not - but didn't you just originally report obvious guesses?

I mean, we could go ahead and assume Disney is also considering a fifth Pirates and a second Prince of Persia. But until Disney confirms them, we're just reporting educated guesses. And if - or when - Disney does announce a fifth Pirates movie, it wouldn't be fair to say, 'The news was stolen from me,' because - again - we had only reported educated guesses, not confirmed news.

"Not trying to be rude here - really, I'm not - but didn't you just originally report obvious guesses?"

Not trying to be rude here - really, but did you read that post? I wasn't reporting guessing. I was reporting from sources that I know. The Bothans as I jokingly call them if you've read the blog often.

To say I guess would mean I said: "Wonder what would happen if..."

At no point in that post did I mention anykind of "gee whiz" thoughts.

I was quoting what is being proposed. By various people inside the company.

Sorry, I was meaning to be rude, but I'm not having a good day and when someone reads into something thoughts that I in no way said, I get kind of frustrated.

If I guess, I'll say I'm guessing. If I mention sources, I'm not guessing.

Okay, I re-read your original report. Yeah, you definitely seem to have had good sources. I apologize about my initial doubt. Where it came from this paragraph:

"On the theatrical front, this could be the beginning of a new trilogy [...]"

Before writing my earlier message, I just focused on that paragraph. A lot of blockbusters are seen as the potential start of a new trilogy. Hence, I didn't see anything newsworthy there.

But now that I've read the entire report again, I do feel you have some great sources. So my apologies.

And, for what it's worth, I hope your day gets better.

Sorry again if I sounded crass, it's just one of those days where everything planned doesn't go the way you want it and Murphy's Law punishes you...

I emailed her a couple years ago when she "broke" the news that Universal was building the Simpson ride. I pointed out that screamscape had been reporting this for quite a while and she just replied that she's a reporter with official sources and not a website with rumors. Nice, huh?

I didn't even bother with the Harry Potter/Florida "exclusive".

As I've said before, I would love for you to be able to say 'as first heard here' in place of micechat. You give credit where credit is due, while micechat on the other hand has blatantly lied and hidden the truth so as to promote their site.