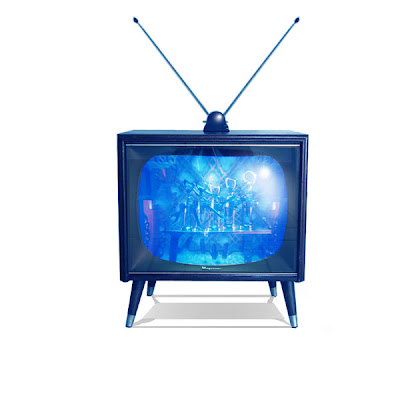 Going live...
Nellie Andreeva over at Deadline Hollywood has an article about the upcoming pilot season on the networks that's telling...

You should go read it if you want to see what you may be watching come fall. But the telling part to me is how uninterested I am in seeing any of the new shows on (Disney's) ABC's list. I'm not saying they won't be great, or I won't eventually like them, but the description of them doesn't really spark my interest. I wish them well, but as of now nothing looks attractive. That could all change when mid-season replacements come up and hopefully some of what the Mouse has recently bought will show up in primetime.

As for what I did like that the Networks are coming out with?

Here's a short rundown of what me likey:

Terra Nova: Steven Spielberg is once again working with dinosaurs in this drama about a family set a hundred years in the future that travel back in time (150 million years) to prehistoric Earth and encounter a beautiful and dangerous world forgotten by man. Think of it as a serious version of "The Land of the Lost." (FOX)

Undercovers: J.J. Abrams newest takeover of television is a story about espionage that tells the lives of a married couple involved in the world of spying. And it's got a comedic undertone. Apparently Brad Pitt and Angelina Jolie weren't available, but Abrams is directing the pilot so I'm there. (NBC)

Chase: Jerry Bruckheimer's new show about a team of government officials hunting down wanted fugitives sounds like a television version of "The Fugitive," but it's The Bruck and he's had a hot streak on television. I'm sure Disney is still smarting from not picking up "CSI" when they had the opportunity for the Alphabet Network. Millions and millions of dollars flew out the window of some ignorant suit that day when Jerry walked back to his bungalow and phoned CBS. I'll give this a glance. (NBC)

Kindreds: It's from David E. Kelly and it stars Kathy Bates. That sounds like a winning combination to me. I love Kelly's writing and Bates is a wonderful and versatile actress. The only bad news is that it's a legal drama. Can you please write a character that's a farmer/spy/Indian chief someday, David? (NBC)

The Event: I love conspiracy shows. I believe in almost none, since I follow Benjamin Franklin's quote about two people in a room can keep a secret as long as one of them is dead. But I still find the good ones fascinating to watch. This is one that follows a group of people who have had their lives dramatically changed by some sort of extraordinary event. Hence the title. (NBC)

Hawaii Five-O: I don't know if this will be good or another bad adaptation of a classic television show (hello, The Night Stalker?), but I think the story and setting have potential if brought properly into the present. Still, I always felt this was a property that should have gone to a big screen adaption, not a television series. Will be watching to see how well they say: "Book him, Dano." (CBS)

So until we see some previews and promotions for these and other stories that flesh out what they are and even if they're any good, that's all I can take from this news...
Posted by Honor Hunter at 11:59 PM

What? Disney seems to be saving all their Marvel series for XD.

Wouldn't it be smart to make a Lost type quality show based on one of those properties?

LOL Hunter you do know that The Fugitive was a television show LONG before it was a movie, right? I sure hope so.

No Ordinary Family on ABC sounds amazing, how can you not be excited about a show with a family of superheroes?

While "No Ordinary Family" could turn out to be great, I'll wait till I've seen the ads/commercials/previews. I loved him in "The Shield" and thought he was perfectly cast in "Fantastic Four," but unfortunately, the film they made was not worthy of his performance.

Looks like another slow news week at Blue Sky.