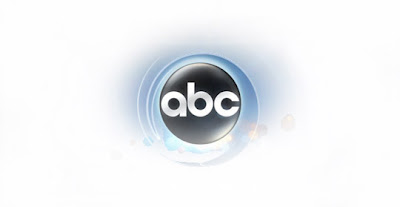 The Alphabet Network has announced the addition of five(5) new shows to its fall line-up...

"Castle" is a comedic crime procedural about a famous mystery novelist, Nick Castle, who has gotten bored with his success. When a real-world copycat murderer starts staging scenes from Nick's novels, he's teamed up with NYPD Detective Kate Beckett, and the challenge gets his blood pumping as he steps in to help solve the crime. Nick and Beckett's styles instantly clash and sparks begin to fly, leading both to danger and a hint of romance. Castle is kept grounded by his Broadway diva mother, quick-witted teenage daughter, and his long-suffering ex-wife... who happens to be his editor. "Castle" stars Nathan Fillion as Castle, Stana Katic as Beckett, Molly Quinn as Alexis, Susan Sullivan as Martha, Monet Mazur as Gina and Ruben Santiago-Hudson as Capt. Montgomery. Produced by ABC Studios, Andrew Marlowe serves as executive producer/writer along with executive producers Laurie Zaks, Armyan Bernstein and Rob Bowman.

"Cupid" is a romantic dramedy about Trevor, a larger than life character who may or may not be the Roman god of love Cupid, sent to earth to bring couples together. As fate would have it, Trevor is under the care of famous psychologist and self-help author Dr. Claire Allen, who is also dedicated to helping lonely hearts find their soul mates. While she agrees with his cause, she questions whether he's crazy or really is Cupid. "Cupid" stars Bobby Cannavale as Trevor, Sarah Paulson as Claire, Rick Gomez as Felix and Camille Guaty as Lita. Produced by ABC Studios, Rob Thomas serves as executive producer/writer along with executive producers Jennifer Gwartz, Danielle Stokdyk, Dan Etheridge and Bharat Nalluri.

"The Unusuals" is a unique comedic procedural set in a New York police precinct. As a cop it helps to have a twisted sense of humor, because every moment could be your last. Just ask Casey Schraeger, who started her day as an NYPD vice detective, before unexpectedly being transferred to the homicide division. She quickly realizes that not only does everyone in her new department have a distinct sense of humor, but also their own dirty little secret. "The Unusuals" stars Amber Tamblyn as Det. Casey Schraeger, Jeremy Renner as Det. Joe Walsh, Terry Kinney as Sgt. Harvey Brown, Kai Lennox as Det. Ed Alvarez, Harold Perrineau as Det. Leo Banks, Adam Goldberg as Det. Eric Delahoy, Monique Gabriela Curnen as Det. Allison Beaumont and Joshua Close as Henry Cole. Produced by Sony Pictures Television, Noah Hawley is executive producer/writer.

"Better Off Ted" is a satirical office comedy featuring a successful but morally conscious man, Ted, who runs a research and development department at a morally questionable corporation, Veridian Technologies. No achievement is too far fetched and no invention too unorthodox for Veridian. Need a suicidal turkey? Done. Need a metal that is hard as steel but bounces and is edible? Done and done. Ted loves his seemingly perfect job; he loves his super human boss Veronica, and colleagues Lem, Phil and Linda, but he's starting to take a closer look at the company's extremely questionable practices...especially when they try to cryogenically freeze one of Ted's scientists for testing purposes. Starring Jay Harrington as Ted, Andrea Anders as Linda, Portia de Rossi as Veronica, Jonathan Slavin as Phil, and Malcolm Barrett as Lem, "Better Off Ted" is produced by 20th Century Fox Television. Victor Fresco is executive producer/writer.

"Single With Parents" is a comedy about Lou, a woman in her mid-30s who is determined to have her own life despite her crazy blended family getting in the way. She's thrilled that her divorced parents are leading exciting lives really she is except both of them rely on her way too much. Dad needs her as a surrogate parent and Mom counts on her 24/7 as a shrink and confidante. Lou has resolved to finally find a fulfilling life for herself. The series stars Alyssa Milano as Lou, Annie Potts as Elizabeth, Beau Bridges as Joe, Amanda Detmer as Sasha, Meagan Fay as Nancy and Eric Winter as Charlie. Based on her own experiences, "Single With Parents" is executive produced and written by Kristin Newman. Justin Falvey, Darryl Frank and Matthew Carlson are also executive producers. The show is produced by ABC Studios.
Posted by Honor Hunter at 9:10 AM

Cupid was a show with Jeremy Piven back in like 2000 or something. I liked it back then.