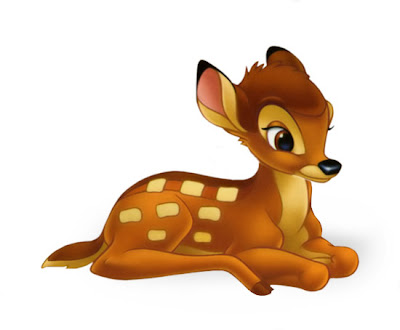 Walt Disney Productions "Bambi" premiered on this date in 1942 in London, England. The following week it would open in America, distributed by RKO Pictures. The classic motion picture was Walt's fifth animated feature. It was the last full length feature until Cinderella in 1950(the other features were collections of shorts or combination live-action).
Posted by Honor Hunter at 5:22 AM

What's with the mediocre updates about this day marks something for the last three days.

I think the anniversary of "Bambi" to not be mediocre. Honoring a classic isn't a bad thing at all.