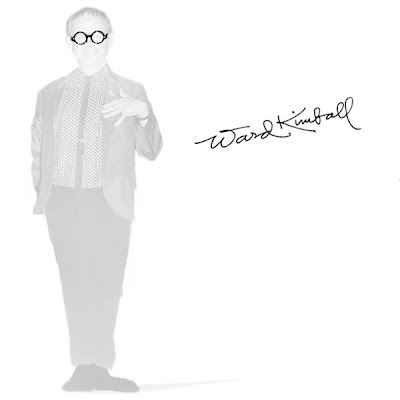 On this day thirty-six years ago, a legend leaves Walt Disney Productions...

Animator Ward Kimball retires from the company after decades of creating Disney myths and magic. One of Walt Disney's original "Nine Old Men", Ward's like will never be seen again. He's a true giant in the world of animation.

Once the lights went off in the halls of the animation building that night, a historic chapter in animation and Disney itself, closed...

To say he would be missed is an understatement beyond comprehension.
Posted by Honor Hunter at 12:43 AM