in Memorium: The Absence Of Joe Ranft... 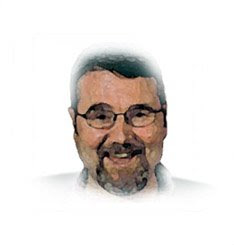 Three years ago today, the animation world in general and Pixar in particular, lost a really talented man. A very nice man... a man whose compasion and caring were as big as his talent.

Joe Ranft, one of Pixar's story artist and a lead in story development at the Lamp was killed in a car crash while doing what he always had done... helping others. Joe is survived by his wife Sue, and his two children, Jordan and Sophia. He will be remembered for all the good work he had done, both at home with his family and the office with Disney and Pixar.

Joe's story pitches are greatly missed inside the halls of Pixar...
Posted by Honor Hunter at 12:15 AM

Absence.
Joe was a treasure, he should have worked into his 90's, happily there are many talented folks at Pixar and Disney, but he will be missed. Thanks for reminding us of his passing, I'm going to look up some of his interviews on the dvds tonight.