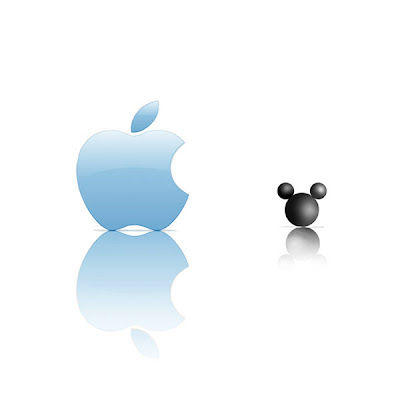 Is Steve Jobs, Apple CEO and the Walt Disney Company's Largest Share Holder, really the master of the universe?

A while ago, Michael Dell told people he thought Apple should be broken up and given back to investors... last year Apple passed Dell in market value. Now, Apple Inc. has moved ahead of Google, Inc. as the most valued company in Silicon Valley too...

Earlier this week Apple's total stock value went to $158.84 billion versus the leader across the valley, Google which had $157.23 billion.

It's hard to imagine that only a decade ago the little fruit company was being left for dead by most in the know...

Think when Steve goes to the Walt Disney Company's private board meetings people don't value his suggestions and ideas?
Posted by Honor Hunter at 12:01 AM