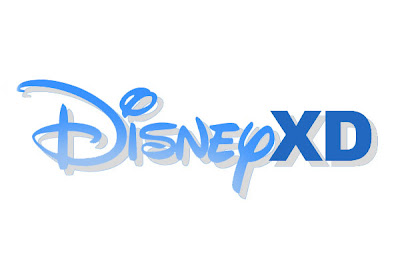 The Mouse is rebooting/rebranding it's cable channel "Toon Disney"...

Starting in February, the channel will be known as Disney XD and try to do with boys(9-14) what the Disney Channel has done with girls(9-14).

Which is, get them to watch... so far they haven't been able to do that. The line-up will include original new shows along with established animated series as well. Time will tell if Disney can come up with something more than just a male equivalent of Hannah Montana for young boys to watch... I can't believe I just said that.

There better be a lot of explosions, car chases and general all-around action with good versus evil in these new shows is all I'm gonna say. It's not brain surgery to figure out what boys want, it may be hard to execute it, but it ain't hard to figure out...
Posted by Honor Hunter at 5:08 AM

My boys (6 and 8) watch stuff on Cartoon Network like Ben 10, Foster's something or other, and Johnny Test. They like the Mickey Mouse show (with Toodles) but otherwise there isn't much on Disney tv for them. Disney should be able to develop some cool shows that would appeal to them...

If Disney wants to attract boys, I would suggest the following (based on what my son, who is 8, loves to see):

Classic Cartoons. The old stuff is highly sought after because the charcters are not safe, beat each other up, get angry, etc. A whole lot of Donlad or Goofy cartoons. Favorite "On Demand" program: classic Tom and Jerry cartoons. Nothing better than hearing a kid laugh at something from the 1940's.

Stuff with Great Imagination. Jimmy Neutron, Foster's Home for Imaginary Friends, etc. These shows speak directly to the "boy" aesthetic and are highly creative. Disney used to have shows like this ("Doug" and "Recess" are good examples).

Live Action--you have some potential with "Suite Life," but everything else on Disney is so keyed into the girl demographic. If they turned that movie where the boys could travel back in time (it was new earlier this year) into a show, they'd have potential.

But please, no more Power Rangers or that kind of crap. Ahem. Stuff.

Interesting that Cartoon Network has announced a Boy-centric focus as their goal too.

So 9-14 year old girls still watch Hannah Montana? I thought 6 year olds were the oldest ones watching Hannah Montana. Granted, I'm a male, but I couldn't imagine Hannah Montana being popular with the middle school crowd.

Wow, this is pretty awful news. I liked checking out Toon Disney when, on the RARE occasion, they played older Disney cartoons.

I really wish they would have used the channel to play things like Ducktales, Gummy Bears, Tailspin, etc. that were part of the Disney Afternoon for so many years.

You need to go to the parks more. Take a look at all those girls wearing HM shirts.

I try to ignore Hannah Montana T-shirts. I am in the process of training my brain to completely ignore all Hannah Montana and High School Musical related merchandise.

Ya I know what I wanted at 14, somehow I don't think Disney is going to air that kind of stuff.
On a more serious note: Something based on Cars, POTC, or even old Duck Tales would do well. Maybe a videogame show tied into their rapidly expanding games division. Oh and the Miley Cyrus cellphone camera show would be a huge hit (sorry).

Disney needs to focus on boys and use ideas from people who understand boys. Too much of what gets produced is overly feminine. Jeez look at Jack Sparrow. The Suite Life comes close to appealing to both and they try in other shows.

But to simply use OLD cartoons is going to fail. Boys like new, technologically advanced, etc.

I hope Disney hires some people who can think like boys for a change or we'll get a action hero who dreams of being a rock star.

Disney's biggest hit with the male 9-14 market is the POTC series. Boys that age like sword fights, birds picking eyes out of dead people, monsters, heart ripping, suffocation through use of tentacle, and explosions. And yes, all those examples are from the POTC series, and that series has been considered family friendly (which means Disney can get away with it on this XD channel). When I was 9 or 10, I was watching Terminator 2 and Freddy Krueger movies. I have a feeling that some Disney execs will think 10 year old boys are still going to go for Bear in the Big Blue House.

"I really wish they would have used the channel to play things like Ducktales, Gummy Bears, Tailspin, etc. that were part of the Disney Afternoon for so many years."

Actually, this is what they used to show all the time on Toon Disney. It was really great and allowed me to get into series I had passed over when they first aired, like Gargoyles. But then stupid things like Power Rangers and cheap anime knockoffs started invading the network. I guess this is just the final nail in the coffin.

I actually kinda like jrriddle's ideas, at least they'd be a bit more in line with the old Disney Afternoon stuff. The programs that took over Toon Disney from what I saw had absolutely nothing to do with Disney, just like I feel much of the current Disney Channel programming doesn't feel like Disney at all.

I grew up on the Disney Afternoon, as well as all the classic Disney, Hanna-Barbara, Tex Avery, etc cartoons. They gave me a sense of adventure and sparked my imagination. I worry for the generation that has the grow up with what passes for "kids programming" these days. When you've only had Hannah Montanna, HSM, and all the other dreck out there to influence you, can you even have any imagination left?

This whole HM for girls and shot 'em up action stuff for boys is kinda sexist don't ya think?

Remember, not everyone fits in the box. ;)

Only about 90%. There will always be exceptions to the rules. We're talking the norm here.

what does 'XD' mean?

"Only about 90%. There will always be exceptions to the rules. We're talking the norm here."

"Norm" as is normal?
No, you're talking about the majority.
Normal is a whole different subject. ;)

t, you and spokker need to go off and have your own little annoying group together. When 90% tend to do something it's usually considered normal. Like if everyone who posted in these comments were like you, annoying would be normal.

You imply that those who don't conform to the masses isn't a normal person. I don't see why you can't use Majority instead of the "Norm". That's just arrogant.

Plus where does that number 90% come from?? Did I miss the official study on how "normal" kids are that watch different kids programs?? I don't get the 90 figure. Don't try to prove a point with a number plucked off the top of your head. If you can correct me then please do, if there is a study or poll then enlighten me.

To be honest, I've wondered for a long time why there isn't already a 'Pirates of the Carribean: the animated series'. A whole program for Jack Sparrow to swashbuckle different monsters and bad guys.

"t, you and spokker need to go off and have your own little annoying group together. When 90% tend to do something it's usually considered normal. Like if everyone who posted in these comments were like you, annoying would be normal.

LOL...me and spokker. HA! I don't think it would work. I haven't agreed with hardly a thing he's said here or on any other Disney board. Again, I don't hate the guy because I don't know him. I simply disagree most of the time with what he has to say. But again, this isn't about spokker at all...and I actually find it hilarious that you'd put us two in a group.

What you found annoying I simply found to be true...that the word "normal" can have different meanings, and that there are a lot of men and women (young and old) that don't fit into constructs regarding what's "normal" for a gender that society and culture have built over the centuries. I remember growing up on the classic Disney animated feature films, with some of my favorites being Sleeping Beauty and Snow White. Today, Disney has placed a real "gender order" on their characters and films, and I don't think it's healthy or beneficial to the kids, or to the companies great legacy. So if I show these films to my boys, and they love them, then what? I think most intelligent people here can see what I am getting at.

Really, at the end of the day, I think the term "majority" is a better word for what the other poster was getting at.

And the way I see it, I would rather Disney invest their time and money into creating things that both girls and boys could like...QUALITY creative product. Chasing after one gender or demographic, I believe, is not beneficial to the process or product.

Truthfully, I don't know why what I said upsets you, or why you find it annoying.
But thanks for the insult. I guess it shows your true colors. ;)

Actually, normal merely implies what is average or typical. To define it differently is changing the meaning of the word. To say majority in its place is saying the exact same thing.

It is ok to be different from normal! It is more important to realize that normal is not an attribute of value, it is just a mathematically derived word referring to the most typical or average thing.

Ah yes, more stereotypical "this is for boys, that's for girls" garbage. Seriously, most of the shows on Disney Channel are cheesy gender nuteral sitcoms that any kid could enjoy,..I don't see why they can't include more boyish stuff onto the existing DC