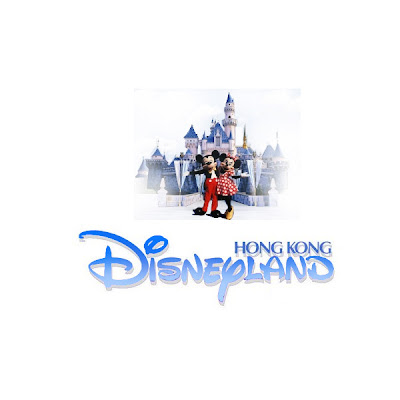 Expect a little surprise next week...

HONG KONG, June 25 (Reuters) - Hong Kong has reached a deal with the Walt Disney Co (DIS.N) to expand the local Disney theme park, seen as necessary to bolster the park's long-term prospects against a Shanghai rival, a newspaper reported on Thursday.

The agreement is expected to be announced by June 30, with details of the deal to be laid out to local legislators in a special meeting, the Hong Kong Economic Times reported.

A spokeswoman for the Commerce and Economic Development Bureau, which oversees the Disneyland project, confirmed to Reuters that a special meeting had been called, but disclosed no specifics.

The report said the deal was expected to be worth HK$7 billion ($903.3 million) of which HK$4 billion would be used for expansion.

The size of Hong Kong Disneyland, the smallest of Disney's magic kingdoms, is expected to almost double, with construction to begin within a year, pending approval from the city's legislative council in July, the newspaper reported.

Hong Kong's Financial Secretary John Tsang travelled to Los Angeles in May, where he met senior Disney executives. The trip is seen to have paved the way for the breakthrough after Disney earlier said it would stall any expansion amid the credit crunch.

There was no immediate response from Tsang's office.

When contacted by Reuters, a Disney official in the United States said discussions are ongoing, without giving any specifics.

The Walt Disney Co (DIS.N) earlier indicated it would likely invest more capital in Hong Kong Disneyland and allow the Hong Kong government to convert its loans to equity to maintain its majority share of the theme park, a source involved in their talks told Reuters earlier.

The Hong Kong government, which owns 57 percent of the underperforming resort, desperately needs the expansion to boost flagging attendance, with a much larger rival Disneyland expected to be built in Shanghai in 2014 that could draw much visitor traffic from the burgeoning mainland China market.

"At this stage, we have to support the expansion otherwise it will be very difficult to compete with Shanghai in five to six years time," said legislator Fred Li of the Democratic Party, who said his party backed the expansion as long as Disney boosted its financial transparency in future on attendance figures. (Additional reporting by Gina Keating in Los Angeles) (Reporting by James Pomfret; Editing by Chris Lewis and Muralikumar Anantharaman)

Doesn't say if this is a second gate, or simply expanding the existing park. Probably the latter. Should be fun to see what will be added. Hopefully no clone of CarsLand, but Little Mermaid could work, as well as a few more E tickets.

It's the Hong Kong Disneyland park...

There won't be a Second Gate until the First is successful. Sound familiar? Just replace "Second" with "Third" and "First" with "Second" and you have the situation here in California.

Ahhh, the legacy of Eisner/Pressler and the glorious 90's...

soo ounce frist gate then to make second gate as for second gate where they going to bult? hunter

You really need to look at the overhead images of the place dude. The second park would be built across from it on the other side of the Esplanade. Good images of it from above and you'll see. Disney has till 2013 to activate an option or the HK government can sell it to another company. Although, I think Disney will ask for an extension.

If about 300 mill goes to infrastructure/new hotel and other improvements, and 600 million goes to actual park expansion, that allows for the crazy Mega-Pirates/ Splash Mtn hybrid in an expanded adventureland, an expanded Fantasyland, maybe with Mermaid and a couple of other minor dark rides, and maybe a "Pixarland" (that entity's equivalent to Toontown). That's about all that much money buys. But that would be enough to make HKDL seriously respectable and give it its own unique stamp.

Is HKDL seeing increased attendance at all? What's the trend right now?

Just checked Google Earth and was surprised to see that they have already filled in the adjacent landfill where a second gate would go. The last time I had looked, it was still just empty bay. I didn't think they were going to fill that space until they were ready to announce an agreement for a second gate.

BTW, I don't know when the photo was taken, but the park is VERY empty for the apparent time of day (mid morning from the looks of it).

The land for the Second Gate was being worked on even as HKDL opened up...

It was finished a while ago. It waits right now. And waits and waits. Kind of like that strawberry field across from the Disneyland Resort.

Oh, and Spokker, the attendance at the park has leveled off. It's getting slightly below what it was the first year, if I'm correct. Or at least it's around that number. But it has developed a strong, loyal following. But it'll need this expansion to turn it into a park that will attract many more people and to be a full day park, which by 2012 it should be.

There goes that year again! Hehe...

I have seen some of the plans, and as of a few months ago, there were going to be three new, completely original lands beyond the railroad track on the fronteirland side. Very promising.

Perhaps you should contact Honor with this info, Anonymous. He hasn't released anything lately about it so his Bothans are very quite or he's hiding something.

They don't have a Big Thunder, ask them to build a Frontierland around a Big Thunder Mesa. Western River Expedition! I'd buy a ticket for that!

according to HK local newspapers, 3 New themed Lands would be built, some of the attractions would be exclusive to HKDL, the new themes would be centred around Haunted Mansion, Icy/Snowy winter wonderland, gold-mining town.

Ooh this should be interesting!

Gold mining town? Could that be Western River Expedition?

Anonymous said: "according to HK local newspapers, 3 New themed Lands would be built, some of the attractions would be exclusive to HKDL, the new themes would be centred around Haunted Mansion, Icy/Snowy winter wonderland, gold-mining town."

Hmmm... sound interesting, doesn't it? I guess we'll just have to wait till next week to find out what it is. ;)