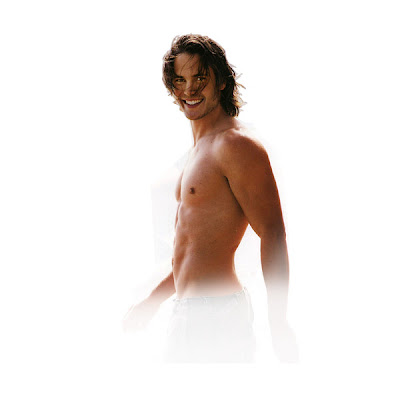 Wow, no sooner than I mention that casting should be announced soon, it's announced...

Taylor Kitsch and Lynn Collins have been cast in "John Carter of Mars" as announced by Variety earlier today. I really haven't seen Kitsch much other than "Wolverine" and I don't want to judge him based on that because I couldn't judge him very well after suffering through it.

Now that I've said that, I will say like a broken record, I trust Pixar, I trust Stanton and I trust Lasseter. Now some of you will say that this isn't a film by the Lamp, but you'd be wrong. Pixar is part of Disney, and the touch of that company is being felt more and more as its roots grow deeper inside the company. John Lasseter will have a say in this film as well as Bird's "1906" film, not to mention "TRON" and others that haven't been announced yet. Also, this film will benefit from the Brain Trust that the company has. This group of film makers will be giving feedback and advice to Stanton on this film. If something doesn't fit or feel right there will be people that voice it to him. And from everything I know, this is going to be a very faithful adaption of the characters/novels.

I would love to see Pixar's approach to film making move further inside the company and take over it the way NeXT computer was bought by Apple and over a few years engulfed the company and made it its own. A similar scenario by the Lamp over the Mouse could prove a wonderful thing. This film will be a test case for how that kind of situation would work. I'll look forward to the coming announcements about this. The first picture of Kitsch as Carter should be something akin to the Holy Grail...
Posted by Honor Hunter at 11:11 AM

I can't believe that fag Gambit is Carter, say goodbye to another could have been great franchise.

Thulsa sounds a little homophobic to me. There is no reason that Carter couldn't be gay could he? I haven't read the novels but what's wrong with them finally having a main action star that is homosexual?

You people are so boxed in on your thinking. And what's the deal with all the Indiana Jones names? Sounds like someone has a bromance with Harrison Ford. NOW who's denying their sexual feelings Thulsa and Mola?

Let's keep people's bigotry off of this site, please. I don't know about Kitch as an actor, but he does resemble the book covers, (if that amounts to anything). I'm looking forward to this film.

Hey MyAngie Lino, guess what Kitsch isn't gay. Thulsa Doom was just calling him a fag because he thought he messed up the Gambit character in Wolverine. So just chill, nobody's dissing on anyone because of their orientation.

And even if Kitsch was gay why do you automatically assume that means they'd have to make the character gay? Are gay actors not allowed to plays traight people? I mean why would they him gay if he's straight in all the books? That would make no sense at all.

There is no need to use the f-word.
If you don't like someone's acting, then just say that.

I thought Blue Sky readers and Disney fans are better than this.

For those of you concerned about the casting of Taylor Kitsch, I suggest you check out the first three seasons of "Friday Night Lights." It's one of the strongest shows on television and Kitsch is a major part of that. This is a great piece of casting.

I agree, there's no need for inflammatory language. And that really would be pretty silly if they made Carter gay in the movie just because a gay actor was playing him.

Personally I think I'm more upset about Lynn Collins being cast as the female lead. I've seen her in two films and she didn't impress me in either.

who administers this blog? You have the ability to accept/reject comments so really shouldn't let your blog be associated with such hateful language.

MyAngie...Thulsa Doom is from Conan the Barbarian and not Indiana Jones.

You are such a GEEK making that statement!

Oh wow he knows how to use Wikipedia, he must be such a geek.

And for my two cents, I like the casting. Kitsch is one of the best parts of Friday Night Lights.

Yeah Angie Lino you do realize these are actors we're talking about right? Even if Taylor Kitsch was gay he'd be perfectly capable of playing a straight character. I mean they didn't make Gandalf gay in Lord of the Rings or Magneto gay in X-Men just because they were played by a gay actor.

These posters are so homophobic it's sickening! I can't believe they're even allowed to spread their bigotry on these sights. Why doesn't the blog administrator block them? Or is he a bigot against gays as well?

I mean, I believe in free speech but this is HATE speech. They have no right to spread that. This is what's wrong with this country. I thought with the election of Obama we had this behind us, but apparently there are still enough red-neck Republicans around to make one realize that there is a lot of work to do.

Here I thought California was the most progressive state only to have Prop 8 shot down by a bunch of nutty, creepy Mormons and bigoted black church goers. When are you people going to stop trampling on our rights? When are you going to learn that you can't keep us down? I think we need to rescind the right to votes to these people. They're clearly not intelligent to vote. Or at least some kind of intelligence test to weed out the lowest among them. If we'd have done that George Bush would have never been president. He'd never have had it so close that he could have stolen the election twice. Ahhhggh!

I certainly hope that these idiots taken care of before we have to take care of them ourselves.

Someone said fag. Better write an outraged essay about it before it's too late.

Hey Honor Hunter post some more Kristin Bell, it's getting kind of faggy in here.

Stop hogging the posts, Spokker! You're as bad as the homophobes, in fact, I think you're one of them!

Don't try and lie your way into our hearts, Spokker. It won't work. I'll bet you are Thulsa Doom and you're just stirring up this controversy yourself!

I vote no on Spokker.

Ban the pumpkin head once and for all.

Thomas Hayden Church is in talks with Disney for a role in John Carter, see interview here: http://video.reeltalktv.com/player/?id=1125245&dst=rss|reeltalktv|

Dysitopic Enuciator, it might not have been your intention but you came across pretty narrow-minded yourself in that post. I don't see how attacking people based on their religion or political views is any better than attacking people based on their orientation. A bigot as defined by Webster's is "a person who is intolerant of a creed or belief other than their own". If you honestly believe people shouldn't have the right to vote, simply because their opinion is different than your own, then you might fit that definition.

As for my previous comment, I hope it didn't appear homophobic. I'm all for gay rights but I'm also all for freedom of speech (even if I don't always agree with what's spoken). When it comes to adaptating famous works to film hopwever, I belive they should stick to the source material whenever possible which means not needlessly updating or changing the characters. I'd be just as opposed to them making a gay character in the novel straight as I'd be to making a straight character gay.

TARS TARKAS COULD BE GAY said...

If they make Carter a fag, I will go prop 8 all over Pixar's ass.

Disney won't make Carter gay, why would they? I'm perfectly fine with seeing gay characters in films, but I agree with Mr. Myxzptlk, when you're basing a film of something else you shouldn't needlessly alter a character's race, gender or orientation.

Tars Tarkas sounds like he's as much a gay basher as Thulsa Doom.