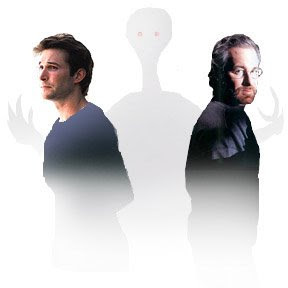 I was aiming to mention this the other day...

The deal that Steven Spielberg and Bob Iger signed a short while ago between DreamWorks and Walt Disney Pictures/Touchstone Pictures specifically covered the distribution of films and not the television unit of the company. Those films, about four to five a year starting in late 2010/early 2011 and going for five to six years will be interesting to follow. I'm curious as to what will be the first one distributed by the Mouse.

That said, I found this television project interesting. Continuing his fascination with all things alien, Spielberg has hatched another idea for a television series about what the earth would be like after an alien invasion wipes out most of the human race. The pilot which is being produced for TNT, will be written by Robert Rodat ("Saving Private Ryan") and follows a rag tag group of resistance fighters as they work to free our world from the cluthces of these foreign invaders. Noah Wyle, who has had a little experience working with Spielberg before (you remember a little series called "ER," right?), is set to play one of the resistance leaders. So "V" won't be the only series following nasty space aliens trying to take over our planet.

Developing...
Posted by Honor Hunter at 7:03 AM

Hmmmm...
It should be interesting to see how this develops. Hopefully good things will come from this.

Honor, Please consider activating comment moderation. Frequently, Spokker is a rude, sarcastic bigot, and he has an obvious superiority complex.
And I'm NOT saying that out of spite. if one were to look those words up in a dictionary, they would fit him perfectly.

So I'm confused: is this just Spielberg alone or will Disney be involved in some small way?

Spielberg has a knack for science fiction and this could be interesting. Disney usually doesn't produce stuff like this, oh well. I always like Robert Rodat's work, he's a terrific writer for Saving Private Ryan and The Patriot, tow great movies. Input, need more unput!!

Sounds interesting. However that will depend on the story and production.

Are we talking about V with Elizabeth Mitchell (aka Juliete from Lost)? Ya know, the reason she was killed off in thelast season?

Sniveling prats on this board need to STFU.

Now that we've gotten that little business out of the way, Spielberg needs to stop pimping us the been-there-done-that Close Encounters/E.T. crap he keeps shoving in our faces with War of the Worlds and Kingdom of the Crystal Chode. The magic worked once, maybe twice, but Stevie's
become so predictably dull and cliched himself to death. Please just take your millions and retire and don't ever pick up a camera again.

So Disney's not working on it?

Aliens and Spielberg go together like matter and anti-matter.

"Sniveling prats on this board need to STFU."

Guess what? This is not a message board.

And calling someone a sniveling prat (in other words, a whiny butt) is very immature. You are just a coward hiding behind a computer, You would never have the guts to speak to someone in real life while staring them square in the eye.

At least I am mature enough to speak my mind without using "F" word phrases and calling people "butts".
And that is my final word, if you say something else, you will just be taking to yourself. I don't have time for immature people like you.

How about stop arguing about this??

It's not getting anywhere.

Don't kid yourself, if you were to say something that Spokker didn't like, he would claim that HIS view was superior in a heartbeat.
And then you probably wouldn't be his fan anymore.