The Continuing Voyages Of The "No"tilus... 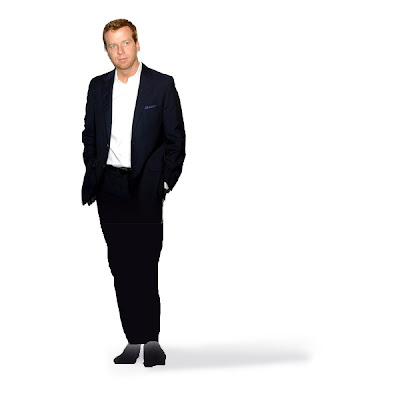 Thus begins another in my series of "No" articles/posts about the looming sea disaster...

Get it? As in Nautilus. I'm so funny sometimes, eh? I mean, I'm laughing all up and down about the latest I hear regarding McG's prequel to 20k Under the Sea. It's absolutely funny. It's hysterical and the stuff of Hollywood legend. You know what I mean, where Hollywood takes a great literary property and twist and turns it inside out until it is totally unrecognizable.

I mean, who cares if they stick close to the book or even care that there is one, right? That seems to be the philosophy of Micky Bay Jr. at least when it comes to the current project. And seeing as how he did such a stellar job at making a Terminator movie which wound up being a generic action film, I can see why he's want to screw up this. Why stop at trying to destroy one franchise when you can do two. How's that for determination.

Stories don't matter. Only loud explosions and choreographed pretty pictures. Just look at the latest pile of cavity inducing mayhem known as "Transformers Revenge of the Fallen" and its success. Audiences won't notice where the story came from so the producers will just turn out a pile of crap that will be awe inspiring. And writers? Do we really need them? Let's just string together a collection of hot girls in slo-mo and dynamite. That will work... no need for a story.

Like a friend told me a joke about Michael Bay's story development process:

Michael Bay was in a story meeting and a writer asked: "How are we going to solve this problem with a scene?" Michael Bay answered back with: "An explosion!" To which the executive on the other side of the table responded: "But then we still don't have an ending" Bay's eyes sparkled and his pearly teeth widened as he said: "Another explosion!" And they gave each other a high five, called in the D-Girls to get them some drinks and make plans for that awesome party up in the hills later that night.

Sad, funny and ringing almost true it seems. But back to the coming train wreck that will be Walt Disney Pictures "Pre20K" that I was talking about before my mind skidded off the road. The powers that be are in the process of coming up with a script that in no way resembles the legendary book or the classic film. I can only cross my fingers and wish for an Angel to rescue this project. Everything I hear about this project sends up red flags. Suits beware. You are making a mistake and should listen before you proceed with this misfire (uhmm, "GI Joe" anyone?), you will regret it. Mark my words. This in no way appears to be going in the right direction the way the "TRON" sequel has moved along so smoothly. From all we've heard, the fans have faith in that project because the decisions being made appear to be done with care, reason and intelligence. This is not the case with Pre20k.

And it's not that I'm against a sequel or prequel. I just want a good one. One that has a great story with great actors being made by a great director. As of right now, we've got a studio that has hired a director who picks his films based on a list of cool shots he's seen in other films thrown out on the ground and he uses a lawn dart for all his decisions.

I'm with you Honor, I'm a little wary on this.

Well on another note, let the childish name-calling and arguing in circles begin. Without comment moderation, it will never stop.

You are right Honor. Like John Lasseter says; story is king.

Walt Disney always said that the story is the most important part. Without a good story, you have nothing. But what do these hacks like Michael Bay and Mc G know? They keep making garbage films.

How about "Not this mess" to rhyme with Nautilus?