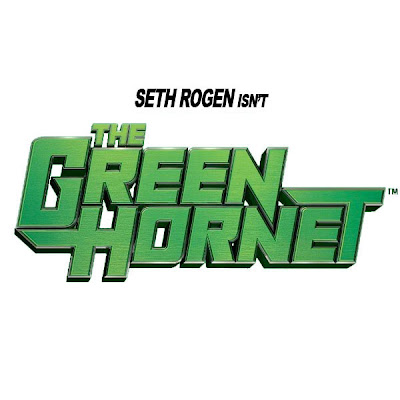 It appears that Sony Pictures is pushing back the release of there holiday super-hero film...

There are a lot of films being made now with guys and gals wearing the underwear on the outside of their clothes. Seriously, if you are in the know in Hollywood right now there are two things that are white hot. One is 3D. The other is comics. I'm kind of happy that the Suits in the studios are taking note of how there is a built in audience for these properties. But I also worry about people looking to make an easy profit on these things that simply take a comic/character and twist and turn it into something it's not. These projects more than typically bomb and then the brilliant Suits and Producers blame the properties they licensed instead of the ego reflecting back at them in that executive bathroom. There are many that I can and will list, but I'll start with one coming out next year:

If you don't know, this is Seth Rogen's new film was to come out on December 22, 2010 where they would take a classic, yet not well known character and turn it into a parody. A PARODY. Now, before you start saying that all comics don't have to be serious, please listen. I agree. You're right. There are certain properties that would be ripe for parody or satire. Captain Carrot, Cerebus, The Tick and several other characters could easily fall into this line. Not all comic book heroes/characters have to be or should be dark. Parody can work, just look at "The Venture Brothers" which pokes fun at Jonny Quest. It's vulgar and crude, but it is also funny and in a twisted way is a homage to classic Hanna-Barbera series.

But Green Hornet is not one of those that can be used for humor. And the Suits at Sony are starting to understand that. They hate the film. HATE the film... it's a disaster that tries to play edgy and hip, but plays way too weird and tongue-in-cheek. It looks like when this comes out, Rogen will have his first truly box office disaster. They could have asked me, but sometimes the studios have a blind spot and this is one of those times. Having talked to people in the know and several who have seen the film, I can say it's more than likely going to turn out how I feared. A total screw up of a property that could have made a great film/franchise.

Britt Reid aka: The Green Hornet, is a edgy, serious crime fighter. He's the great-nephew of the Lone Ranger for goodness sake! You don't parody him. You glorify him as a symbol of all that is good and right in a morally compromised world. The film should be like a film noir super-hero film, not putting your tongue firmly within your cheek when rolling him out. Action-Comedies are fine, even with comic book characters. Not this character.

Now, instead we'll have some of Hollywood think that it's over. Super-Heroes are done. The cycle may be ending. Naturally, "Iron Man 2" will have already come and gone... and it will be a blockbuster. The adaptions of "Captain America" and "Thor" will be playing next summer after the carnage of Hornet has passed and they won't suffer the same result (financially/critically). And the whines and blames of these Suits will ring hollow because most not insulated by these executives little reality bubble know a good film from a bad one.

Too bad the Suits sometimes don't...
Posted by Honor Hunter at 10:38 AM

Wait, the Green Hornet is the nephew of the Lone Ranger? Wow, Sony really missed an opportunity there. If they had waited, they could have made an indirect sequel to Disney's Lone Ranger movie.

**** The Green Hornet, I wanna see a motion picture of The Brown Hornet!

The writer, Seth Rogen and Evan Goldberg and the director, Michel Gondry, said it quite clearly the it won't be a parody ! But a mix of action and comedy (like True Lies, for instance, thay said). Anyway, you're jumping on the hate bandwagon without any facts to back your opinion, I think...
Drew McWeeny at HitFix saw an early cut of the fight scenes and seems pretty enthused by what he saw : http://www.hitfix.com/blogs/2008-12-6-motion-captured/posts/green-hornet-adds-3-d-to-the-mix-moves-back-four-weeks-as-a-result