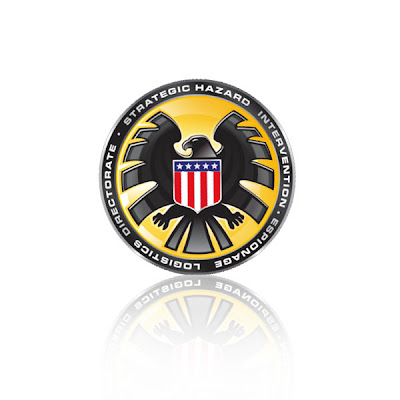 And the Marvel Cinematic Universe expands...

While we're going to be treated to several different films coming out over the next few years with major Marvel characters, there will be several that make cameos so as to gauge the interest of fans for possible new tent poles. Several minor characters will get their own, lower budgeted films. Shorts will be another way to get these unknown or relatively unknown characters before the public. But in the major films like "Iron Man" and more importantly, the Avengers we're slowly getting introduced to a continuing character that threads many of these plot lines.

Now, that isn't just to introduce him. It's to introduce who he works for: S.H.I.E.L.D. We've seen this organization work in the world of Tony Stark and soon the world of Thor will encounter it as well. Then in two years we'll get to experience it even further in the Avengers. Now, that film is THE big film for Marvel right now, but it's also an introduction. A starting off point for this organization. And if the powers that be get their way, it's going to be simply a doorway into another franchise with that secret organization. Kevin Feige has a nice interview over at MTV's Splash Page that has an interesting quote:

"I think the answer is yes," said Feige. "I think S.H.I.E.L.D. could be it's own franchise. I think, frankly, 'The Avengers' is going to be told from that point of view more so than any of the other films at that point, so we're going to get an inside look [at how S.H.I.E.L.D.] operates."

As we mentioned in the post: "Shielding Disney," there are those that have been looking at characters in the Marvel library that really want to play up this concept into a fully blown franchise. Of course, all depends on how Earth's Mightiest Heroes do at the box office. If they slay it, then the development process that is already going on will move into fast gear. But don't expect to see a movie about this secret spy organization before 2014 even if it is greenlit. Now, the animation series on the other hand could come sooner if everything holds together. But when you see all the S.H.I.E.L.D. Agents and technogadgetry that will be on display, don't think it's just there for background purposes.

A SHIELD animated series would be soooooo money!

I want to see Nick Fury prequel with the Howling Commandoes!

Union Jack to appear in Cap America and get a spin-off! I even know which English actor to cast..

Namor and Human Torch cameos would be cool too..

Obviously Hawkeye in the meantime.

But S.H.I.E.L.D. is too much of a no-brainer it would be a major shock not to do with all this ground work set up. It'll be just getting the right mix so that this espionage agency is seen as needed and important in a world of superheroes. Particularly if it follows Avengers in the timeline.

I personally think all of this is a bad move for Disney. I believe Marvel (and superhero films in general) will be reaching a saturation point sooner than later and that's not including all this new stuff Disney is coming up with.

I wondering if all this comic book fury will end in 10 years after a few major disappointments. Disney has no experience in this area. They will either soften the material or misunderstand the audience. Or it is behind the times and make a movie that isn't up to par.

Disney should just stick to licensing. Let those who understand the material to make the movies. Only reserve the theme park or merchandising rights as a condition.

to all the anonymouses above.
Superhero movies will probably never go away. Superhero movies are now a standard genre, just like cop movies, or crime movies. The superhero genre has a million ways you can go with it. I think a superhero romantic comedy might be good. I think the CONCEPT of Hancock was a REALLY good one, just poorly executed. I think something along the lines of Mark Waid's Irredeemable would be VERY good as well. There a TONS of unexplored options.
And the success or failure of one superhero movie isn't necessarly the death of the genre, just the death of the character. See the Hulk, Hancock, Fantastic Four, Ghost Rider, Daredevil, Elektra, etc, etc.
AND when you realize that COMIC book movies open up even MORE possibilities, then you realize that the Marvel purchase was a good one. Movies like Men in Black, 300, Blade, etc were ALL originally comic books (or graphic novels) some by Marvel imprints, some by others.

Or better yet, stick to what they're doing and let Marvel make the decisions since they know the characters better than any outside entity. Better than f'ing Fox and Sony.

"Disney should just stick to licensing. Let those who understand the material to make the movies."

Isn't that what they said they'd do? I seem to remember Disney announcing shortly after the purchase of Marvel that they were planning on letting the company run autonomously, just like every other division within Disney now.

And if it turns out that the relationship doesn't work out, Disney will just sell Marvel off. I mean, Iger and Co. had no qualms in selling off the Power Rangers or Miramax recently.

Power Rangers or Miramax are FAILURES. It Seems like a pattern. Why not also mention The Muppets and Star Wars? Disney seems to acquire property to diversify, and then manage to let them languish.

The Muppets and Star Wars are great intellectual properties. I can think of lots of ways to use them in the theme parks, but Disney hasn't done much.

My biggest problem with The Muppets is catering to the adults, when their primary audience is toddlers. They constantly have shows, movies, or appearances where adult celebrities interact with the Muppet characters. No one cares. They must make toddler shows and movies, in "The Wiggles" or "Sesame Street" style.

Star Wars is about to see an update to Star Tours. Disney took 20 years to get to this point. They need to have another 2 or 3 Star Wars attractions. What's up with not using a popular franchise? They should create a whole land that's dedicated to Star Wars in the Universal's Harry Potter style.

Marvel will get the similar treatment. Lots of fury, then nothing. Time to move on.

That's not a response. Disney has the theme park rights. (And you better tell Blue Sky Disney to stop doing posts on Star Wars.)

It is to Disney's credit that they do not own it. You wouldn't see much new stuff if Disney did own it.

There's a key difference though: the Muppets, Star Wars and Power Rangers are brands, while Marvel is an entire company. The only way Disney will be able to fail Marvel is if they fully integrated it (like they did with Miramax in 2005). Assuming they leave it self-sustaining, like Pixar or ESPN (which are also actual companies), it should do fine.