Sequel To The Past... 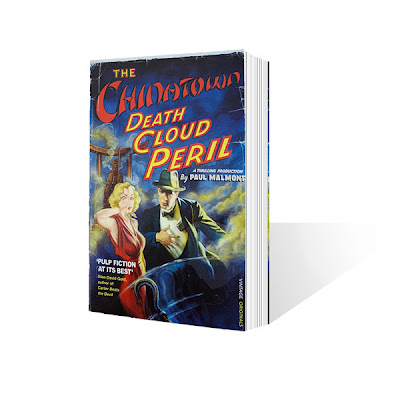 From time to time you'll see articles of my love of pulps and serials on the site...

I love all things "Shadow," "Spider" and "Savage." Especially Savage, Doc Savage. I've read many a pulp and have always wanted to see them adapted faithfully and correctly to the silver screen. I was greatly looking forward to the Arnold Schwarzenegger film back in the 90's, even though "Arnuuld" was about five years past the age he should have played it (Predator era look). Then there was word that Sam Raimi was going to direct a remake of "The Shadow" which would have been interesting. That came and went without making so much as a thud or a whimper. Then, earlier this year it was announced that Shane Black was making an attempt at bringing the Man of Bronze back. And knowing Black is a big Doc fan, that's good news. Hopefully the powers that be will greenlight this and we'll get a film that will show audiences what others and myself already know. That Doc is the next Indiana Jones waiting to be, that already was, but most never knew about. We will see.

But in the meantime, a wonderfully fun book I read a few years ago, Paul Malmont's "The Chinatown Death Cloud Peril" is getting a sequel. Now if you've never heard of this book, then shame on you. Go get it, it's a really good read, filled with interesting characters, pulpy plots and a well crafted storyline that fits into today's sensibilities, all while set in the past of 1937. And it's populated with real people, that actually existed. It's a fictional "what if?" story involving some of the great pulp fiction writers and it handles each of them with loving care, even though it doesn't have to. Walter Gibson (Shadow creator), Lester Dent (Doc Savage creator), H.P. Lovecraft (At the Mountains of Madness and other horrific masterpieces), L. Ron Hubbard and others. Each character is a three dimensional person, not a caricature or cartoon, but real and filled with the feelings and heartaches we all experience. A wonderful read.

His sequel, which will hopefully be out later this year, is called "The Astounding, The Amazing and the Unknown." Set in 1943, it follows the further adventures of these men as well as several other new, real life authors on a new adventure that is every bit what the title says. I look forward to hearing that publish date so I can go out and enjoy sitting back and reading this continuation of characters that I, and he, love(d). If you read the original, keep an eye out for when this comes out. If you haven't read the original, you're missing a truly great read.

Also, of note. If you liked this one and would like to read something in the same area of work, may I suggest Glen David Gold's "Carter beats the Devil." Hollywood has tried before to make this into a film, and is currently taking another stab at it. Hopefully stories like these will get made and we can rely on less strip mining of 80's/90's television and movies for worthy film projects. I can dream, can't I?

I've read "Carter Beats The Devil" and I agree it's great. I hope a good movie will eventually be made out of it.

Hunter - What happened to your blue sky buzz reports? I've been bored with your blog for months. I don't care about Tron.

When I have something to report, I'll report it...

Sorry you're board with the blog. May I suggest you go to a movie?