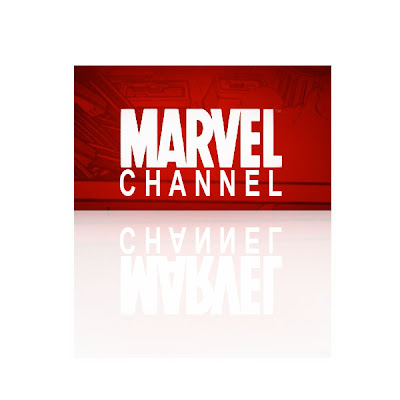 I know that Blue Sky has reported on the proliferation of tights over all media lately...

With the films that Marvel Studious will make for Walt Disney Pictures and Touchstone Pictures and perhaps even, Hollywood Pictures. Then there are the television shows that Disney XD has coming from the television division, as well as the DVD/Blu-Rays of films. Then there is cable with G4 and those Marvanime series. And then there are several projects long form and short form that are being talked about on the Burbank Lot.

I know we mentioned in a previous post that XD was becoming The Marvel Channel, but did you know that the comic company actually has it's own channel? Marvel Comics has its own channel for watching shows, interviews and content that you can't see much anywhere else. Not everyone does or has gone there, but you can. And you should because it's fun and filled with all kinds of geeky, awesome stuff.

What I'm talking about of course, is YouTube. You see, Marvel has a channel called, wait-for-it, "Marvel's Channel" on the website that has many series that you can't find anywhere else. Or you have to go out and buy them. Here you get to watch them, with an occasional ad, in all their splendor while sitting on that comfy sofa in your underwear.

So go over, take a look, sit down and stay a while. Pull up that footrest and adjust that lever for your perfect back position. Grab that big soda and that warmed-up slice of pizza and enjoy.

Relax and take in the coolness...
Posted by Honor Hunter at 7:00 AM