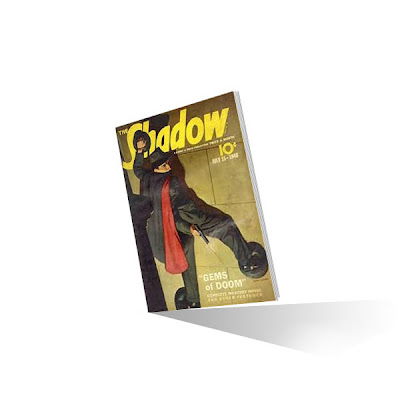 Really, I wonder how true this is...

For those that haven't heard, there's a rumor that Quentin Tarantino is going to direct the new film adaptation of the pulp classic character, "The Shadow." If it's true, then I really don't know what to say. Tarantino's take on the character would certainly be interesting for sure. He knows the gritty crime drama pretty well, but can he translate the character without having his muffled mouth spout f-bombs or refer to his favorite TV show? Which would be totally out of character for Lamont Cranston, just so ya know. Still, he might be able to bring about a version that is faithful, yet reachable to a modern audience, like "Sherlock Holmes" was. I'll be looking to see how this develops. Will the man that wrote and directed "Pulp Fiction" actually now tackle pulp fiction?

god i hope not

An update on the webpage states: "When asked for comment on this report, an official representative of Tarantino has told MTV News "There is no truth to this story.""

gak! that would be horrible.

Samuel L. Jackson as The Shadow!

Who knows what evil lurks in the hearts of men?

Now, shuttup and get my Royale with cheese!