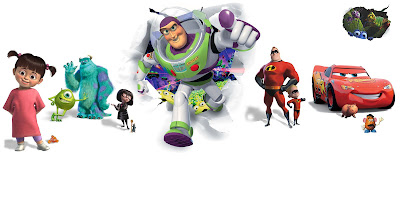 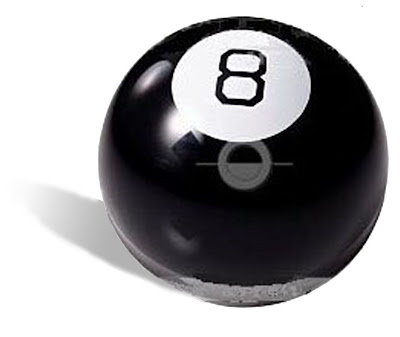 Not a bad record, eh?

I mean... nobody's perfect. Even Pixar... but they're close. Every movie they've made has been a hit. Some more than others. And the last two have made less than the ones before it as we are so often reminded by certain people that want to point out the rose is off the bloom.

Eight movies. Eight hits. Not bad at all...

I mean, even Walt Disney Animation Studios back in the Second Golden Age had half as many. Under the reign of Katzenberg's hand they had "The Little Mermaid", "Beauty and the Beast", "Aladdin" and "The Lion King". Everything after that was a little disappointing... not that they were bombs, but they didn't measure up to these gigantically successful movies. If WDAS can recapture that lightning in a bottle is not a given, we'll have to wait for the Thanksgiving holiday season next year to see what John Lasseter's touch has truly done for the Mouse's animation studio. The word I've been hearing is good, but you can never tell in this business...

But back to the Lamp. Since 1995, Pixar has put out eight films, only one is a sequel and all have engaging stories that most live action films seem not to have.

Only eight films... but any studio would kill to have films like this with box office reciepts to boot. Will the streak continue? Will "Wall-E" make it nine? Should we shake the magic 8-Ball and await an answer? I'm not going to bet against Pixar, Lasseter and Stanton by any means... they all know story. They've proven they can make a good film. Now we just have to see if the public is wlling to sit through "R2D2: the movie", which is how Stanton describes it. If it turns out to be as entertaining as his last one about a little clown fish we could be in for a treat... as long as the enviromental message it has doesn't slam the audience over the head and come off too preachy I think the oddsmakers in Vegas will be nervous about my bet.

I'll let the dice roll.
Posted by Honor Hunter at 9:18 AM

Stanton said the movie wasn't going to be anything like HAPPY FEET. I don't expect it to be preachy, for its mostly a love story that takes place in a consumerist future.

I thought I read that Cars passed The Incredibles in box office. Am I wrong? It's nothing new that Cars gets dissed for appealing to the NASCAR and redneck crowd directly, but..well, you know.

On a slightly different note, I thought the display I saw at a local Kay Bee toy store recently said it all. On one of the 4-sided displays in the front of the store there were three sides jam-packed with Cars toys, all at full price. This for a movie that had come out more than a year ago. On the 4th side was a rather sad looking display of Ratatouille toys that were 50% off. I don't have anything against Ratatouille at all, I loved the movie, but for all the "disappointment" with Cars, I have yet to see any real empirical evidence of it underperforming. I'm not a NASCAR fan and don't consider myself a redneck, but still loved Cars. It deserves more respect!