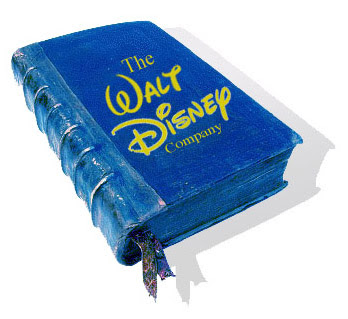 Once upon a time, things were going really well in the land of Disney.

I get accused at times from some e-mailers of wearing rose-colored glasses, of viewing the "Disney World" through Poliannish eyes and while it is true if bad decisions were being made so much like back in the late 90's/early 2000's... I'd have a lot less posts and lot less optimism.

But what can you say? Things are going very well for the Mouse right now. The only blemish is the park in Hong Kong with the negativity that's been attached to it since opening. That will take care of itself in time... wait till it's been around as long as DCA and see if it has the same problems. I have a feeling it won't, but time will tell. It's interesting that Disneyland Paris is not the albatross around Mickey's neck right now, hmmm?

For the most part things are going splashingly good. I mean, films, the internet, television and well, the parks. Take for example that little report Yahoo news has posted that talked about how more people had visited Disney's American theme parks in the last 12 months than any previous year in history! Now that's good news for sure... maybe the Suits will stop making excuses for why they don't build rides as elaborate as OLC's because of Americans spending versus Japanese spending?

Here's one quote I like: "The company said attendance numbers this year will likely surpass its record-breaking 2006 totals that were given a boost as the parks celebrated Disneyland's 50th birthday". Not that some of that isn't news to we on the web, since Blue Sky and others have been reporting how the parks are doing better than the 50th... but it's nice to see someone in the MSM do the same and elaborate on it.

See what happens when quality is a great business model. Wait a minute... where have I heard that before? Someone said that recently... hmmm.
Posted by Honor Hunter at 6:17 AM

Some people are just downright cynical and need to grow up and stop acting like spoiled children.

That's why I hate certain sites like MiceAge and Laughingplace.com and certain blogs like Re-Imagineering and Epcot Central--too many of the people at those sites/blogs are mean-spirited and have absolutely no respect for other peoples' opinions.