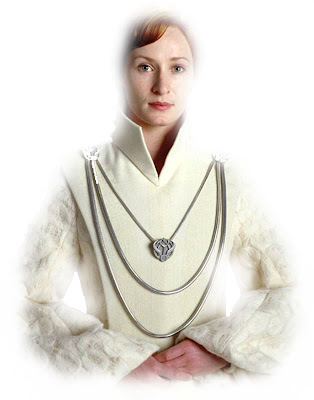 I've received many e-mails asking me about the Bothans. Some questions are serious, other simply inquiring and a few just down right... uhm, how do I put this... silly? Something like that...

Some people have demanded I name who my sources are. That if I don't then it proves I have no credibility and if I have an ounce of integrity I'll name names so that my post can be validated.

To those people I say sorry, but I'm not going to jeopardize someone's job for a little ole' blog like mine. If you choose to not believe what I write I won't be offended. As a matter of fact, I tend to tell people to take everything I say with a grain of salt... this is "Blue Sky" Disney, after-all. I can guarantee that everything you read here is something that has been proposed, not everything will get made, because the majority of projects that go through the pipeline eventually die of their own weaknesses... either of design or bureaucratic weight. So if someone doesn't want to believe me I have to say... there's an off button on the TV that you can turn off... wait a minute, that was soooo Twentieth Century. Let's try that again... if you don't believe me, you don't have to come here. Simply delete Blue Sky Disney from your favorites list and you'll never have to be bothered by me again. Promise.

Some people have expressed genuine concern over the health and safety of my Bothans. Fear not. So far, none of them have been fired... several have gotten in warm(not hot) water, but all are safely accounted for.

Other's have sent me e-mails with specific Imagineers that they want to know if these are my sources. Uhm... now even if these particular people were my sources, I would not tell you. That being said... No, and you know who you are... No, your friend is not one of my sources. I don't care what he says about sending me e-mails, I don't know him, never have talked to him and apparently he's not even an Imagineer. There. Enough of that.

Finally, many of you have asked about the Blue Sky Alerts, wondering why there are so many Anaheim updates over all the rest. The answer is really, really simple. Most of my Bothans are working on Anaheim projects... by a three to one margin I'd say... it simply takes longer to get information about Orlando(not as much as the rest, though), Paris, Tokyo and Hong Kong. And yes we do have several BSA's coming up... so keep yer shirt on.

Well now, I nope that clears up some of your e-mails regarding those sneaky Bothans. Just so the Suits know, no Bothans were harmed in the making of this post.
Posted by Honor Hunter at 4:05 AM

Keep doing what you're doing...it brings a lot of joy and fun into some of our mundane lives. ;)

Don't listen to the negativity and criticism. The Disney fan community has its factions, in which some are nearly like cliques (and some like cults!). They don't like anyone new on the playground.

I think far, far too many across the sites and boards take this stuff and especially themselves far, far too seriously. Sometimes it gets nasty.
They lose of the big picture on so many things.

Thank you for being one of the level-headed, smart, and respectful ones out of the bunch.

Don't worry about them, this blog is a daily stop for me.

But don't trust anyone on the FastPass on the Cell Phone thing. It's not what it is being made out to be.

And mansion in Florida re-opens today. Word on the street is that it's completely amazing, so you should talk about it.

The way you drone on about the crappy movies Disney never made shows that your sources are not even imagineers, but probably in the studios. It must be a slow news week if you've decided to address emails that question your sources.

This site introduces a very refreshing, uplifting, and unique approach to ALL things Disney.

It takes little effort to spread negativity...
It's very challenging to remain positive. Kudos to you for focusing on the "Big Picture!"

You know where the Disney Geeks stand: right behind you, shouting out encouragements, heckling the nay-sayers and raising your Geek flag!

Keep up the great work!

...and hey, people, it's not Watergate. It's a blog about Disney , their theme parks and the love of them. Lighten up! Geesh!

Awesome blog by the way!