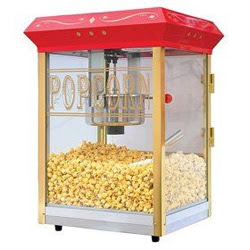 As a counter-balance to the "Forgotten Mousetales" columns we post here at Blue Sky, I thought I'd go through a list of films in various stages of production that actually have a good chance of making it into a theater near you. Most of these projects have been committed to and are heavily in pre-production or actual production so there is much less a chance of them going into "Turn Around". For those of you that don't know what that term means, it's when a studio gets cold feet when a movie is about to be made or is in production and pulls the plug. Sometime those movies die and sometimes a studio will foot the production cost and take over the project. The big hit "Home Alone" was one such production... now wouldn't you like to be the Suit at that studio that put that one into Turn Around? Didn't think so...

Here are a list of films that the Mouse or its other studios will be releasing over the next couple of years.

BEDTIME STORIES (Walt Disney Pictures, 2008) - Adam Sandler will star as a real-estate developer/architect whose life is turned upside down when the bizarre, outrageous bedtime stories he tells his niece and nephew suddenly become real. Havoc, then ensues... The script is written by Matt Lopez and Adam Shankman directs.

BOLT (Walt Disney Animation Studios, 2008) - Bolt, a German Shepherd, has lived his whole life on the set of his action TV show, where he believes he has superpowers becomes separated from the studio by accident, he meets Mr. Mittens (actually a female cat) and a hamster named Rhino. Along the way, he learns that he doesn't have superpowers and that the show is not realistic. First time feature director Chris Williams took the reigns of this project from Chris Sanders(Lilo & Stitch).

BOY SOLDIER (Touchstone, 2008) - Not much is known about this project other than that Oliver Higschbiegel(Invasion) is directing.

THE CHRONICLES OF NARNIA: PRINCE CASPIAN(Walt Disney Pictures, 2008) - The Pevensie siblings return to Narnia, where they are enlisted to once again help ward off an evil king and restore the rightful heir to the land's throne, Prince Caspian. The film will be directed by Andrew Adamson(The Lion, the Witch and the Wardrobe, Shrek).

CONFESSIONS OF A SHOPAHOLIC(Touchstone,2009) - Based on the novel "The Secret Dreamworld of a Shopaholic" by Madeleine Wickham under the pseudonym Sophie Kinsella. The story of Rebecca Bloomwood is a financial journalist (just like her creator). When she is not telling others how to manage their money, she is spending her own on shopping. The film will be directed by PJ Hogan(2003's Peter Pan).

DOUBT(Touchstone, 2008) - John Patrick Shanley directs the adaptation of his own play, set in 1964, Doubt centers on a nun who confronts a priest after suspecting him abusing a black student. He denies the charges, and much of the play's quick-fire dialogue tackles themes of religion, morality and authority.

ESCAPE FROM WITCH MOUNTAIN(Walt Disney Pictures, 2008) - Andy Fickman(The Game Plan) directs Dwayne "The Rock" Johnsonas a Las Vegas cab driver who picks up a pair of tween siblings with mysterious powers on the run from ominous forces. Andrew Gunn produces through his Gunn Films shingle, and Ann Marie Sanderlin is the Suit in charge for the Mouse. The remake is written by Matt Lopez.

HERO (Miramax, 2008) - A heroic young officer returns home from the trenches during WWI, but is pursued by a mysterious deserter who plans to kill him. Directed by Julian Farino.

HIGH SCHOOL MUSICAL 3 (Walt Disney Pictures, 2008) - This haunting action-adventure involves an undercover cop at a high school... wait, that's not it. If you've seen HSM1 and 2 then you already know what this is about. The only thing I can add is that it involves graduation. The film will be directed by Kenny Ortega who did the first two films.

THE RESURRECTIONISTS (Miramax, 2008) - based on the best selling Michael Collins' novel with acclaimed director John Madden(Shakespeare in Love) attached to direct.

SNOW (Walt Disney Pictures, 2008) - Also known as "Snow and the Seven", it's an adaptation of the classic story "Snow White and the Seven Dwarves" only set in China with the princess guarded by seven Monks. The film will be directed by Francis Lawrence(Constantine).

WALL-E (Pixar Animation Studios, 2008) - The tale of a lone robot left on earth to clean it up 700 years after humanity trashed the place. Andrew Stanton's follow-up to his mega hit "Finding Nemo".

ADVENTURELAND (Touchstone, 2009) - In the summer of 1987, concerns an uptight recent college grad who's forced to take a minimum-wage job at the local amusement park: "Adventureland", after realizing he can't afford his dream European tour. The experience helps him to loosen up a bit as he finds first love, forms new friendships and matures just in time to enter the real world in the fall. The film is written and directed by Greg Mottola(Superbad).

A CHRISTMAS CAROL (Walt Disney Pictures, 2009) - Director Robert Zemeckis, having become tired of directing actors, has another animated motion capture film ready for the holiday season two years from now. This one is based on the classic novel, adapted too many times to count, "A Christmas Carol". And no, I wasn't kidding. He really has grown tired of dealing with actors which is why he likes MO-CAP... he has to deal with them for just a few weeks and can spend the rest of the time working on the film not having to pamper egos.

THE CHRONICLES OF NARNIA: THE VOYAGE OF THE DAWN TREADER(Walt Disney Pictures, 2009) - Lucy and Edmund Pevensie return to Narnia with their cousin Eustace where they meet up with Prince Caspian for a trip across the sea aboard the royal ship The Dawn Treader. Along the way they encounter dragons, dwarves, merfolk, and a band of lost warriors before reaching the edge of the world. The film will be directed by Michael Apted(The World Is Not Enough, Amazing Grace).

JUNGLE CRUISE(Walt Disney Pictures, 2009) - An adaptation of the classic Disneyland ride, the story involves a journey down a jungle river for a magical cure. No director is attached as yet. The screenplay is being written by Alfred Gough & Miles Millar(Smallville, Shanghai Noon,The Mummy 3).

PRINCE OF PERSIA (Walt Disney Pictures, 2009) - The story, based on a best selling video game, follows an Arabian Prince that must avenge the death and betrayal of his father all while being framed for the crime and hunted down by his own kingdom. While it's been reported that Michael Bay would direct this film, there is no confirmation of him signing so he may have decided to continue working with giant robots.

THE PROPOSAL(Touchstone, 2009) - Not much is known about this project other than that director Robert Luketic(Legally Blonde) is attached.

UP (Pixar Animation Studios, 2009) - The story of a 70 year-old man that teams up with a wilderness ranger to fight ferocious beast and dastardly villains while still making it home in time for dinner. This film is Pete Doctor's follow up to "Monsters, Inc.".

ALICE (Walt Disney/Touchstone, TBD) - Another live action interpretation of the classic novel by Louis Carroll. No director is attached and it is unknown who will be writing the screenplay.

LIBERTY (Touchstone, TBD) - No information is known about this project at this time.

Of course, as we all know, things can change... but this should give you a clearer picture as to what the Mouse has planned for your local theater in the near future.

Reserve those tickets now...
Posted by Honor Hunter at 8:49 AM

Very interesting post. I love when the blog brings information about new Disney movies. Great.
No Rapunzel in this list? What's the status form this project? I think that this movie can be great.
What happened with Hollywood Pictures. This brand still exists?
Thanks for all this information.
Rogerio
Sao Paulo, Brazil

Rapunzel is 2010... this only covered the next couple years.

I love reading your blog. Thank you for the updates!

FYI, there is no such word as adaption. It is adaptation (4 syllables). Commonly mispronounced, especially by people on the east coast. Something can be adapted, but the noun form of the word is ad·ap·ta·tion.

In addition to being a Disney Geek and I am a word nerd too!

Thanks for the reply, honor hunter.

hm.... not sure what to think just yet. it all sounds like junk. maybe it will be good.

Honor, you have Bolt categorized under Walt Disney Pictures. I thought Bolt, formerly known as American Dog, was to be a Walt Disney Animation Studios production.

Have they changed this movie from animation to live action?

Well, it's not really a typo, but I guess I should change it since I listed Pixar seperate as well... but both WDAS and PAS are released through Walt Disney Pictures, hence the logo before each animation studios own logo. But, I'll change it just to consistant... twas a little slip.

Hi Honor!!! What about the next movie by Brad Bird, 1906? In an extended list

I found that it is labeled as Warner!!!Is it possible? It was supposed to be a live-action Pixar film, wasn't it?

Thank you veru much

Thanks Honor for clarifying the Bolt production question.
Having read all the changes this film has gone through, I am extremely interested in the final product.

On the A Christmas Carol in the line reading...

He (Robert Zemeckis) really has grown tired of dealing with actors which is why he likes MO-CAM...

I believe it should read MOCAP.

I have an audition this week for a disney movie and I was trying to find out which movie it would be. I'm supposed to be getting an e-mail from my agent soon. This was very informative though, thanks for posting! :)