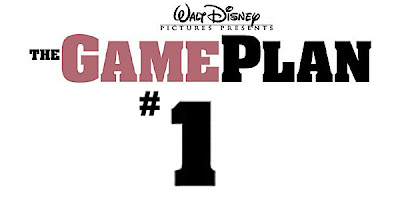 In a bit of a surprising move Disney's "The Game Plan" starring Dwayne "The Rock" Johnson beat out Universal's big political actioner "The Kingdom". The PG rated family film surprised many by grossing an estimated $22.7 million from 3,103 screens. It could be that "The Kingdom"'s R rating limited its appeal to parents wanting to take their kids to a movie for the whole family. Still, the Peter Berg directed film starring Jaime Foxx grossed an estimated $17.7 million from 2,793 screens. Not bad for second place, but considering everyone felt that "The Game Plan" was going to be taking that spot it's a little more disappointing for Universal.

Bob Iger has got to be the luckiest CEO ever... He's been doing a lot of the right things, but he's also had an incredible amount of good luck on projects he's had little if anything to do with. That's ok though... it helps to have luck every now and then... Maybe he's just the beneficiary of some good ole' Disney Magic?
Posted by Honor Hunter at 4:13 PM