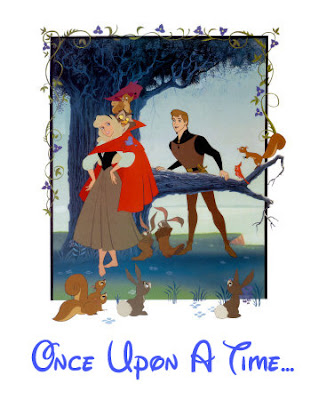 After my post about Ward Kimbell I received a few e-mails from people asking me what was "Walt's Nine Old Men"... being as I have always read about this stuff I guess I forgot that not everyone is as geeky about this stuff as me or my brethren on the web(yeah, guys like you, George)...

So I guess a little Disney Animation 101 is in order.

Walt Disney's Nine Old Men is a term given to the original supervising animators who worked on/helped create Walt Disney Studios' classic animated features, "Snow White and the Seven Dwarfs", "Dumbo", "Pinocchio" and "Bambi" among others. The name was a joke that Walt used to use in calling them his "old men"... and was a nod to FDR's reference to the nine old men on the Supreme Court at the time. These men would be the original Disney Legends, both figuratively and literally...


Ward Kimball - born March 4, 1914, he started work at the Disney Studios on April 2, 1934. Ward also started as an inbetween artist. As well as being an animator he designed many characters and was a producer on Disney's television projects, including "Man in Space" and creator of the television show "The Mouse Factory". He was the Directing Animator on "The Adventures of Ichabod and Mr. Toad". Like Walt, Ward was an avid fan of trains and had a full size one in his back yard... parts of which were recently bought by John Lasseter btw. Ward was real personality and for any that said Walt only hired yes men... well, all you need to do is look at Ward.


Les Clark - born November 17,1907, he was the first of the nine to join the Disney Studios on February 23, 1927 as an inbetweener(someone that creates the drawings that appear between the normal action that is drawn by the Lead Animator) on Steamboat Willie(1928). He went on to animate the first Silly Symphony, "The Skeleton Dance" and then everything from "Fantasia" to "Dumbo". He was Directing Animator for "Alice in Wonderland", "Peter Pan" and others. Les retired from Walt Disney Productions on September 30, 1975.


Wolfgang "Woolie" Reitherman - born June 26, 1909, he started work at the Disney Studios on May 21, 1933. He worked on "The Wise Little Hen" which marked the first appearance of Donald Duck(so for that alone, Woolie has a special place in my heart). Woolie directed classics like "The Jungle Book", "The Sword in the Stone"( he made history by being the first in the Disney company to be the sole director of an animated feature with this film) and "The Rescuers" as well as the producer on films like "The AristoCats". Wollie retired from Walt Disney Productions in 1981. Ironically, the man that Woolie trained to take over from him left a couple years earlier: Don Bluth.


Marc Davis - born March 30, 1913, Marc began working for the Disney Studios on December 2, 1935. He was an animator on "Snow White and the Seven Dwarfs". Marc created Cruella De Vil for "101 Dalmatians", Maleficent for "Sleeping Beauty" and was primarily responsible for Tinker Bell in "Peter Pan". Of all the "Nine Old Men", he is the one original animator to actually be an Imagineer... he started there when Walt was dreaming about opening up his Mickey Mouse Park, as it was called at the time. One of Disney's original Imagineers, Davis influenced the creation of Disneyland attractions such as the "Enchanted Tiki Room", "It's a Small World", "Haunted Mansion", "The Jungle Cruise" and my favorite "Pirates of the Caribbean. Marc retired from WED(Walt Disney Imagineering's old name) in 1978 before seeing the building of his greatest creation, "The Western River Expedition"... for which, we're still waiting.


Milt Kahl - born March 22, 1909, Milt began working at the Disney Studios on June 25, 1934. He contributed to all the early classics "Snow White and the Seven Dwarfs" and others. He designed many characters such as Merlin the Magician from "The Sword in the Stone". He was Directing Animator for "Lady and the Tramp" and "Sleeping Beauty" as well as being one of the head animators on "The Rescuers". He retired from Walt Disney Productions on April 30, 1976..


Frank Thomas - born on September 5, 1912), Frank joined the Disney Studios on September 24, 1934. He started out working on Mickey Mouse shorts. Thomas contributed greatly to "Fantasia", "Dumbo", "Bambi", and the classic "Cinderella". He later served as Directing Animator for Woolie on "The Sword in the Stone" and "The Jungle Book". Thomas retired from Walt Disney Productions on January 31, 1978. Of note, if you've seen the Mickey Mouse short: "Runaway Brain", you'll notice the villain is named "Frankenollie"... this was a homage to Frank and his best friend Ollie.


Ollie Johnston - born October 31, 1912, Ollie was hired by the Disney Studios on January 21, 1935. He was an inbetweener on the Mickey Mouse shorts also, which is where he met his best friend Frank Thomas. Ollie was a Directing Animator for films such as "Alice in Wonderland", "Lady and the Tramp", and "101 Dalmatians". Ollie retired from Walt Disney Productions on January 31, 1978. He's a huge force in the life of Brad Bird who's had cameos for him in "The Iron Giant" as the conductor and "The Incredibles" which has an animated version of Frank and he near the end of the film.


Eric Larson - born September 3, 1905, was hired by the Disney Studios on June 1, 1933. He began as an assistant animator on shorts. Larson served as Animation Director for films such as "Pinocchio", "Fantasia", and "Dumbo". His last animation work was on "The Great Mouse Detective". Larson retired from Walt Disney Feature Animation in February of 1986.


John Lounsbery - born March 9, 1911, John was hired by the Disney Studios on July 2, 1935. He was as an assistant animator on "Snow White and the Seven Dwarfs". His other work included "Pinocchio", "Dumbo" and "Lady and the Tramp". John was a Directing Animator on "Winnie the Pooh and the Honey Tree" and my favorite "Winnie the Pooh and the Blustery Day". John didn't retire unfortunately, he passed away while still working for Walt Disney Productions on February 13, 1976.


Well, that's it. I hope that gives you an idea of who these men were... hopefully, it'll make you want to go out and buy a book about them or something they've done. It couldn't hurt and could be very entertaining for you...
Posted by Honor Hunter at 2:33 AM

Thanks for this post. I have been a Walt Disney fan(movies, parks) for my whole life. But, until this year I have not spent much time delving into the History of Walt and his company. But since I have, I have not been able to get enough. This is a great reference and you can be sure I'll be taking your advice and looking for more information on each of these gentlemen. My latest side-interest is trying to determine which of the Walt Disney Biographys are true or not. I've started Barrier's Animated Man and I am looking for the next one to read. Any suggestions?

The "Walt Disney's Nine Old Men" book by John Canemaker is a must have book. Available at Amazon or Barnes and Noble etc...

Also the jazz band called " The Firehouse Five" was comprised and started by a few of the Nine Old Men.

I've read a few Walt biographies. I think my favorite is Bob Thomas' Walt Disney: An American Original. It's a little glossy as far as the picture that is painted of Walt, but Thomas knew him, which gives it credibility to me. It's also very easy to read and was the bio that started my own exploration into the World of Walt Disney. You might also try Neil Gabler's Walt Disney: Triumph of the American Imagination. Gabler had unprecedented access to the Disney Archives and provides a very detailed, albeit very long, biography.

My least favorite is Disney's World. It seems that the author, in my opinion, sets out to paint Walt in the worst way. What really hurts this book's credibility in my mind, however, is the serious credence that is given to the "Walt is frozen" myth. When I got to the end and read about this, I actually laughed out loud in disbelief and couldn't believe that I had wasted my time on it. Probably worth a read if you want a "balanced" view of the man, but, while I've read Thomas' book multiple times out of shear enjoyment, as well as his biography of Roy Disney, I wouldn't pick this one back up for any reason.

Thanks for the review. I'm of the belief that we can't spend too much time exploring the history and legacy of this man and those who worked with him. There is simply too much richness and wonder in what was accomplished and produced for Disney fans to sit up and take notice.

I do forget that not everyone that we meet online is as mired in the Disney lores and legends as we are.

Maybe we should open up an online University!

Thanks for helping us spread the Disney Geek love. One day it will be as prevalent as water!

MAZ,
I would focus on Gabler's book and the official one by Bob Thomas. Both are good and you will see similar threads running through all of them.

I knew that Lasseter had purchased Ollie Johnston's railroad. Now he has parts of Ward Kimball's? He's cornering the market!