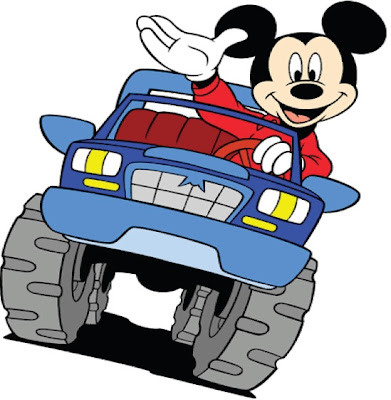 AdWeekMedia's Digital Hot List has ranked "Disney.com" as one of its top five websites based on the number of unique visitors to the site, a record 23.03 million! Wow, that's even more that we get here at Blue Sky. That was a joke for those of you born without a sense of humor. The hits on its webpages were the highest it's ever had. Cross programming with shows like "High School Musical 2" had a great deal to do with it, but other factors were involved as well.

The Mouse site has had a 24 percent increase over August of 2006. Paul Yanover, Executive Vice Suit of The Walt Disney Internet Group and head of Disney Online was quoted as saying: "We believe these traffic milestones are evidence that the site is delivering on our goal of providing an immersive entertainment destination for kids and families,”... I love how Suits turn everything successful into a canned response. It's good news for the WDC, but common Paul... liven it up a little. Be more human in your response, instead of acting like a... a mouse?

Bob Iger is a big believer in the future of DIsney over the internet, as witnessed by his partnership with Apple,Inc. He had "Disney.com" overhauled its website and launched the new Disney.com in February 2007. The site showcased new themed "channels" based on classic characters, Pirates of the Caribbean and Disney Princesses, among others. It also debuted Disney XD, a customizable Disney fan page where registered users could add Disney videos, music, games, graphics and other interactive items.

It seems Iger is talented and lucky... since taking the reigns of the Mouse he's had an incredible run. Let's hope it continues over the next decade for us Disney Geeks, huh?
Posted by Honor Hunter at 7:26 AM