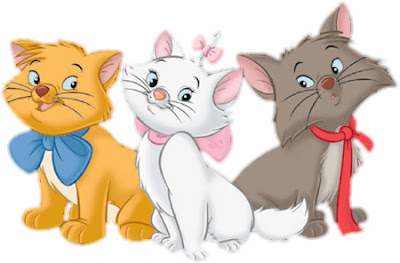 Sorry to disappoint, but we're not talking about a sequel to "The Aristocats" here...

The story is about a Manhattan detective nick-named Nine Lives because of how many times he's survived shootings while on the job. Hensleigh has worked often with Bruckheimer, including "The Rock,""Armageddon,""Con Air" and "Gone in 60 Seconds"... but we won't hold that one against him.

The project has been in development for years. The Scribe first sold the original script back when he flew out to do an interview with George Lucas as a writer on "The Young Indiana Jones Chronicles." The deal lapsed before anything happened on the project... Hensleigh pitched the project to Bruchheimer and he bought it up... this time I feel it has a better chance of seeing daylight.
Posted by Honor Hunter at 3:42 PM