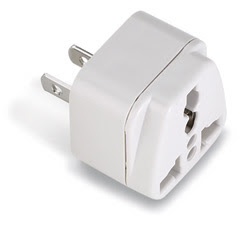 So here we are with another example of convergence. Today we're going to take a look at the Main Street Electrical Parade, which is now known as Disney's Electrical Parade. This entertainment parade was created by Bob Jani and debuted in 1972 at Disneyland. It lasted for the most part of two decades and was finally retired in 1996. After the bad performance of DCA's opening it was decided to bring it back to bolster attendance at the new park. It was re-branded as "Disney's Electrical Parade" since DCA doesn't have a Main Street(yet... hehe). The rides are basically the same as the Main Street version, minus one float. The ride is simple and yet magical, but is clearly not on a technological level with other parades and attractions. The DCA version is simply the old Disneyland version brought out of mothballs...

While certain attractions have had major overhauls, the beloved EP has not. While I know this may anger some Disney Geeks, the current show is fun, but painfully long in the tooth. It would be nice if the Mouse updated it...

Could it really be improved?

Yes, actually... it could. I'm not saying that we replace everything, but the floats could/should be updated to reflect modern technology like... well, like Tokyo Disneyland's version. Actually its second version. TDL's original version of the Electrical Parade ended in 1995. The new version they have has been running since the park was turned into a resort back in 2001. Now I don't want you to get the idea that everything is great in Tokyo, but they are an example of a park which spares no expense and has lavish, extravagant rides and attractions that in the past could never even be thought of for state-side parks. With Uncle John in charge the possibility for such things is not only doable... but probable based on the rumblings around Glendale water coolers.

So what exactly is so wonderful about TDL's version?

Well, it's called "Tokyo Disneyland Electrical Parade: Dream Lights" and it has the basic setup that ours has... only the rides are, uhem... here we go again. They're more detailed. If you've ever got a chance to see EP's floats in daylight you'd understand how ugly and plain they are. Yes, they have provided countless children, young and old much joy... but I'd like to see them update the floats. Maybe add a new one or two... like TDL. They've got several new floats they've added to the older, but extremely detailed other ones. The new floats are Pixar floats, mostly from Nemo and Monsters, but are beautiful to watch. Another thing that the parade at TDL has is the music is synced to the lights. So many floats have the lights flashing to the music... which can be quite striking. The Cinderella float is amazing as you watch her gown dance to the music and change colors right before your eyes. The technology shows what WDI can do if given the green-light and greenbacks to go with it. While our snail can barely move his head, the one in Tokyo can blink his eyes and have facial expressions that create quite a dramatic affect.

I know I could go on describing it, but the old adage: "a picture is worth a thousand words" seems to be the best way to convey what I'm trying to describe. 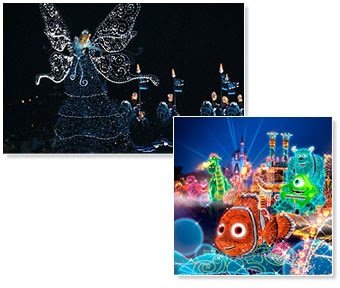 Now a picture may be worth a thousand words, but a video has to be worth an entire story. So let's tell that story...

Here is a video of Tokyo's Electrical parade from the beginning.

Now this is the Electrical version at DCA, not bad but somewhat dated. I know it doesn't show it as much with these small videos but hopefully the point can be made effectively enough for the time being.

Here is another video of TDL's EP with some more of the highly detailed floats. Not the detail and design of the "Alice in Wonderland" float.

Now compare that to this video of our own "Alice in Wonderland" float. Alice appears around 1:17 seconds into the video so you can know when to expect it.

Let us remember that these parades and attractions were designed by the Mouse... so this isn't a knock on their ability to be creative. It's a call to the Suits to cut the restraints. Break the chains and let WDI show the world why Disney has always been well above the rest of the theme park business. When given the ability to imagine, Imagineers can do great things... we shouldn't settle for ok. We don't have to...

Now, if the current crop of Suits will understand that then class can be dismissed.
Posted by Honor Hunter at 9:23 AM

With all these videos you're showiing of Tokyo Disney Resort I'm going to have to start saving for a trip. I love how the floats in their parae are almost like animated characters smiling and blinking eyes and all. I hope Lasseter and Iger bring the quality up to that level. Eisner just let everything deteriorate so badly.

Wow. Quite a difference! It would be wonderful to see that level of artistry at DCA. Thanks for the excellent post.

It's really not that great in person. The floats are clunky. Only the soundtrack is really memorable.

Clunky? Have you seen EP lately? It's like stepping back into the 70's... I mean it was great for its time but they need to modernize it the same way they do E-Tickets like Snow White and others. Thanks for the post Honor.

oh gol! that's terrible, now i'll never be able to look at EP the same way... it's sad, but true