The Railroad's Coming Through... 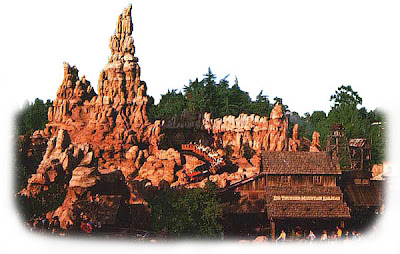 Twenty-eight years ago today, The Big Thunder Mountain Railroad attraction opened in Frontierland at Disneyland. This wild ride that took guests thundering through dark caverns and abandoned mine shafts was inspired by the scenery in Bryce Canyon National Park, Utah.

BTMRR has become a fixture at many "Magic Kingdom" style parks across the world... thrilling riders at the original Disneyland in Anaheim, the Magic Kingdom in Orlando, Tokyo Disneyland in Japan, and Disneyland Paris in France... could a variation of it be headed elsewhere in the future?
Posted by Honor Hunter at 6:32 PM