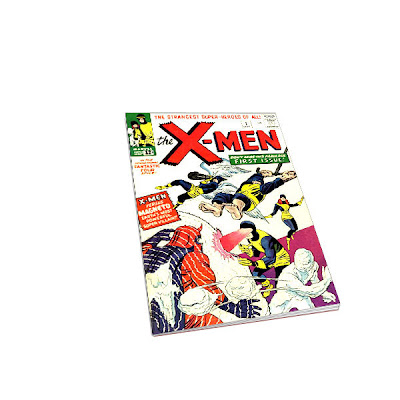 Harry over at Ain't It Cool News talked to Bryan Singer about "X-Men: First Class" and revealed that the film will be set in the early 60's. During the actual Silver Age of Comics, and right when the X-Men comic began. And it'll have a James Bond tech feel to it with uniforms that are closer to the comic!? How awesome is that?

I've been a big fan of Matthew Vaughn's first three films as well as the fact he's married to a hot supermodel, so this only adds to my great respect for the incredibly talented director/producer. If the script is as good as the rumors are saying, this could turn into seven shades of total coolness.

I await being seduced and dazzled...
Posted by Honor Hunter at 6:23 PM

It seems a good idea to me to set these movies in decades past as it sets them apart from other modern day films.
I liked the original ideas for Ant-Man which was supposedly going to be partly in the 60's (Pym) as well as modern day (Lang).

This does make me wonder how Cyclops in 60s is same Cyclops in 2000. Is this a new continuity or retconing the date of Bryan Singers first two films?

Cyclops and Jean aren't in this film...

And why, may I ask are they making a film without any of the interesting characters?

No Cyke, no sale. Not only did he spend the last series of films bent over while Wolverine got all hot and sweaty.

Hellfire is not needed for a pre-X-Men movie. The attraction should be Xavier vs Magneto. There are plenty of characters that fit into this type of story. Hellfire will be a strange distraction.