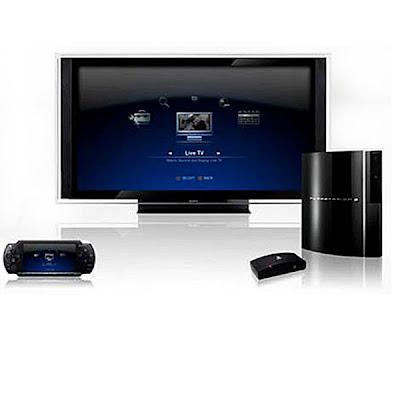 IT WAS A VERY DARK KNIGHT INDEED.


Tonight Warner Bros. held their much hyped BD-Live community screening of The Dark Knight with director Christopher Nolan coinciding with the release of TDK on Blu-ray last week for the first 100,000 people who registered their copy and created a BD-live account to secure their virtual seat to the event. I was excited when I received the invite via e-mail so I did what any red-blooded movie geek would do and called in sick to work, ordered a pizza, and kicked back expecting to spend the evening watching The Dark Knight with Christopher Nolan in my living room. Yeah, right.

What I was expecting from BD-Live and what it turned out to actually be were TWO very different things. In my mind I was expecting some kind of picture-in-picture live commentary with the director as seen on many of the format's better commentary features while answering questions submitted by viewers through the internet. Well, the second part was right. Nolan answered many questions but his presence via a crude onscreen scrolling text message window similar to participating in an internet chatroom. It was very disappointing to say the least.

Unfortunately, the BD-Live community event was, I have to say it, a big JOKE. The event was plagued with numerous networking problems. Several times I had to exit out and log back in which would take several minutes to rejoin the event in progress. A few occasions the network moderator (who has control over your Blu-ray player playback functions) would pause the disc and a message onscreen would say that they were having network problems or just taking a 5 minute break and would resume again in a few minutes. The text window would constantly disappear after several minutes and I would have to exit back out to the login screen and log back in. It was constant start-stop-start-stop again. After staring at a frozen image of Batman overlooking a building in Hong Kong for 5 minutes without having received any further messages from the moderator, I became frustrated and exited back out to the main login screen and had to log back into my BD-live account to resume again, already in progress, having completely missed Heath Ledger's boardroom entrance as the Joker. By that point it just wasn't funny anymore.

This event was a total disaster for BD-Live trying to promote the interactive networking functionality of Blu-ray to consumers through a very crude text-messaging interface. When I registered my disc last week, I perused the online bonus features available which I thought were also very underwhelming: trailers presented in small flash-sized windows, not at full HD resolution, and a series of online comic book flash movies again presented in small windows that I had to squint to look at on my big screen HD display. I was already unimpressed with the BD-Live content available but having been given a chance to participate in the live screening event, I thought that it had the potential to prove itself to be something much greater than it was but unfortunately turned out to be a an Agent of Chaos. I can only hope that whatever bugs in the system are worked out in the future because the potential for live networking interactivity is there, unfortunately the tech just isn't up to even Batman's sophisticated standards.

This city deserves a better class of interactivity.
Posted by Decadent Dave at 12:22 AM

I'm a fan of Blu-Ray but in order for it to go mainstream, they really need to get beyond all of these technical glitches, monthly firmware updates, 2-minute player start-up times, player crashes, etc.

I can't even justify all of these quirks to my 37-year old wife and would never recommend a Blu Ray player to anyone who wasn't a technofile. "What is 'firmware' and why won't the POTC disk work?!?!" Ugh!

That's why I bought a SONY Blu-Ray player, all those other ones are continually having even more problems than the PS3 or Sony players.

I was kicking myself when I didn't get in on this event. Now I'm glad I didn't. Thanks DD!

Blu-Ray Blows. I wish HDTV had won out, but the corporatist at $ONY used clevery marketing to trick the public and now we're stuck with an inferior format. Sorry you had to experience such a bad evening Dave. Oh well, it could have been worse, they could have showed you a magic trick!

I had the opposite opinion about the Nolan chat last night, altho' I had much lower expectations. I saw the BD Live chat with Guillermo del Toro a couple of weeks ago for "Hellboy II: The Golden Army" so I only expected the same text box experience for TDK. I got home from work around an hour in the chat, logged in just fine (took less than three minutes total through my PS3), and saw basically the same situation as Hellboy. By comparison, the TDK chat was better. More questions, more immediate interaction it appeared than what I experienced with HB2, which involved a slower posting of questions and answers and many of them repeated throughout the two hours. I also thought the two pee breaks (Nolan and the moderator explained that the breaks were so Nolan would take unexpected calls to nature) were hilarious "live theatre" moments. And I was obviously more interested in the answers from Nolan than the film, so the film being paused actually gave me a chance to properly finish making dinner!

Regarding getting BD to the mainstream masses, my experience deciding on getting a PS3 and HDTV was influenced by a visit to and explanation by a friend who already had a PS3 and HDTV set up. From that, I "got it" and eventually got my home theatre upgraded. I've since hosted movie parties and now my other friends "get it" too. They just need to figure out when they can afford the upgrade. So I think it's less the BD exclusive features and more a question of time, disposable income, and, most importantly, understanding of the "clear" :p benefits of Blu-ray before they decide to make the transition.

Boy, that Hell Boy II chat must have really sucked big-time if it was worse than the turdfest this was. I can't believe I wasted a night of sex and frovolity with my girlfriend in exchange for this. I've got to go out and buy her some roses now as an apology.

Just to let you know I have a PS3 as well, firmware up-to-date. It wasn't wasn't what I was expecting at all. For all the hype BD-Live has gotten it's a big disappointment. You'd think with this next-generation technology that the interface could have been like the picture-in-picture streaming commentaries instead of a crude internet chatroom event. I felt like I had regressed back to the 90's. Surely Wayne Enterprises could have developed better technology than this crude text interface. I'll stick to the PIP commentaries as they demonstrate what Blu-ray technology is capable of achieving when the studios actually put some effort into bonus features instead of a half-assed one. As for the event itself, the only answers Nolan gave on Batman 3 were "If the story is there which is something David Goyer and myself are exploring." Well no s***. I've read that on just about every film site on the web. Just give me a directors commentary with the DVD and it would have been more informative than responding to questions like "Do you see any parallels between Bruce Wayne's character and Christian Bale's performance in AMerican Psycho?" Give me a break.

I'm sure that all the BD-Live bugs will be worked out in time for the PS4.

I too was disappointed. Couldn't they make this 21st Century experience a little more, oh I don't know, 21st Century? I felt like I was on some message board in 1994 or some such. I'll wait before logging on again until they've improved it and gotten the kinks worked out.

Whoa, that sucks. Sorry you had to sit through it. Thanks for the info, I won't be getting any Blu-Ray anytime soon and this helped seal the deal. DVD is just fine for me.

If I wanted to log into an internet chatroom I'd do it on my computer, not with a bluray player. At the very least they should have audio like the voice communications that gamers use on network gaming. For all we know that might not have been Christopher Nolan but his assistant or some marketing lackey at Warner Bros. typing the responses for him. Picture and/or sound would have made the event more personalized and memorable.

Why would I wait around for some guy to talk about the movie when I can watch it for myself? I don't really understand all you film geeks that obsess over what type of lens they used or the motivation of some overpriced, heavily hyped actor used. It's a movie. It's either enjoyable, or it's boring. Don't opine over what it took to make it. Enjoy it. But for gosh sakes, don't stay home with the popcorn to listen to the making, no matter if it's a bunch of text or a live video feed.

You have better things to do. If not, you need to get a life.

"That's why I bought a SONY Blu-Ray player, all those other ones are continually having even more problems than the PS3 or Sony players."

I have a Sony Blu Ray player, but am still less-than-enthused about it. As something of a technofile, I've learned to live with it. But Blu Ray will never gain universal acceptance if this is the best it can do.

It's a young technology so things should improve. Still, I was an early adopter of DVD (paid $400 for a basic Panasonic player in '97) and it was head-and-shoulders above the current generation of Blu Ray players in terms of responsiveness, dependability and accessibility.