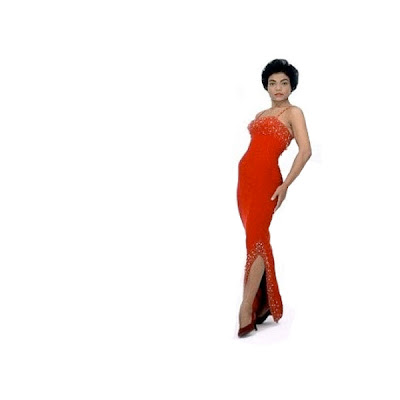 I was driving home from an evening spent at the Happiest Place On Earth, sipping my Peppermint Mocha with the heat cranked up, listening to one of the stations that plays Christmas music 24/7 and on came Eartha Kitt singing "Santa Baby." I immediately thought to myself: "Wow, she's been around in the entertainment industry a long time." What a Showwoman.

And then I get home and read this...

Eartha Mae Keith or as we knew her, Eartha Kitt passed away on Christmas night. She was 81 years young. I remember her mainly from the 60's Batman television show where she took over the part of Catwoman from Julie Newmar. Most Disney fans will know her as Yzma, the villain from "The Emperor's New Groove." She leaves a daughter and four grandchildren behind.

May God be with them in this time of sorrow...
Posted by Honor Hunter at 1:41 AM

I've never read a eulogy that has the deceased dressed to the nines and begins with the words, "Whoa, this was wierd . . . " But then again, I'd never read a eulogy for the great Ertha Kitt. Her inspiring work, both spoken and sung, for Yzma, with Andreas Deja's lead animation, sits worthily beside the best of Disney villians. I still want to see "Shut Out the Lights" on screen somehow. Maybe a music video.
May she rest in peace.

We play a game in the car where we name a disney character for each letter of the alphabet and then have to name all the previous disney characters said in the game. Yzme or Yeti always fill the Y. Sad to hear she has passed away.

MoneyBonanza said...
This comment has been removed by a blog administrator.
December 26, 2008 at 9:47 AM

May Ms. Kitt rest in peace.