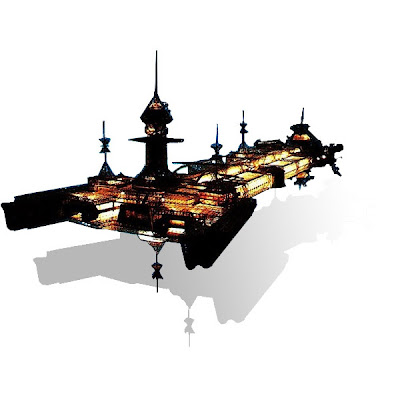 The film was Ron Miller and the Disney Suits attempt to cash in on the Star Wars craze. Sadly, it didn't work. The film wasn't a success, but has slowly turned into a cult classic. There has been rumors that the Mouse might be working on a sequel(Ala: TR2N) or re-imagined version(Ala: Race to Witch Mountain). Either way, any such production would be in the earliest of stages. But if you happen to own a copy of this old film from a long ago era... pop it in. It might hold a few surprises amongst the cheese.

Oh, and if you didn't read it, check out Decadent Dave's "Beyond the Black Hole" from earlier this month. It's a great read.
Posted by Honor Hunter at 12:37 PM