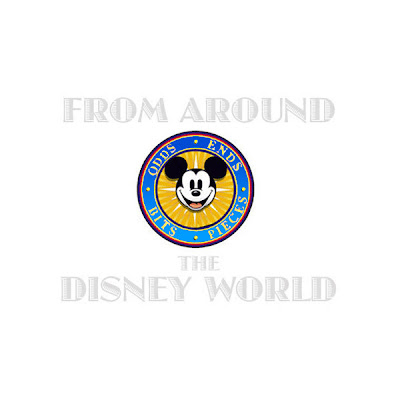 I thought we'd take this opportunity to explore some of what we missed in our last "OEBP" post...


Alain over at Disney and More has posted a huge collection of photos showing why Disneyland Paris is beautiful during Christmas. And don't forget to click over now that he's finally put up that article about TDL's Monsters Inc. ride. I'm sure you'll be impressed.

The guys over at Laughing Place have a great five page spread with photos from their newest issue of Tales From The Laughing Place Magazine. It's got some nice images and info on Disney's Animal Kingdom.

For those of you that love Uncle Scrooge and are fans of Ducktales then you might want to have a look at the original cartoon, "Scrooge McDuck and Money" that was done in the Sixties as the first animated outing of Carl Barks' legendary character. Part 1, Part 2.

And for those that are into such nostalgia and remember tuning in to watch the Wonderful World of Disney, here are several opening throughout the decades that bring back warm feelings...

A nice 60's opening to the WWOD when it was know as Walt Disney's Wonderful World of Color is here.

An early 70's opening is the decade of confusion after the passing of Walt is here.

A late 80's opening when Michael Eisner could do no wrong is here and a late 80's/early 90's intro to the Disney Sunday Movie here.

An early 90's opening with the Mouse riding high from the Disney Afternoon and the expected opening of Euro Disneyland can be found here and here.

And speaking of the Disney Afternoon, here's that opening as well. Ahhh, for those early 90's days of Disney animation syndication!

And do you remember those early commercials for DCA? You know, the ones that were broadcast to show this new theme park that Disney had created for us? The one that couldn't fail because we would accept anything with the "Disney" name on it? No? Well if you haven't seen them they're here and here. Eisner and Pressler really had no clue, did they?

Oh, and if you ever checked out the early part of those VHS tapes(what are those?) in 2000 then you would have gotten to see this teaser for Disneyland's new sister park.

It's amazing what can happen over seven years, ain't it?

Well, that was nice. Now if you'll excuse me, I have to do some Christmas shopping...
Posted by Honor Hunter at 12:29 AM

Man, that DCA teaser was made to make you think it was going to be something else wasn't it. Little did they realize it was something else.

Thanks for the nostalgia, Honor.