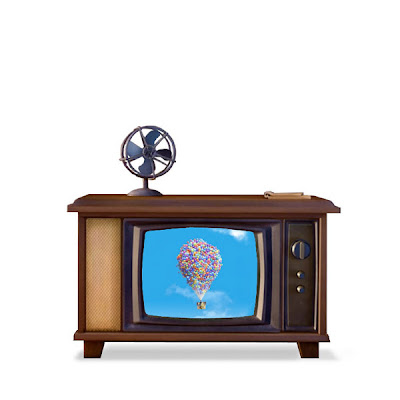 Those guys over at CHUD were lucky enough to be at AICN's Butt-Numb-A-Thon and got to see about forty minutes of "Up" footage...

They came away very, very impressed. This is the second time I've seen someone who's seen this footage crow about it online. I've also received a good deal of e-mail from others that have commented about it as well. It seems the scene with Carl and his wife is the one that everyone comes away being touched by most. Pete Docter's next film, like all Pixar films is already gathering buzz. Very positive buzz.

Looking forward to this one...
Posted by Honor Hunter at 12:35 AM