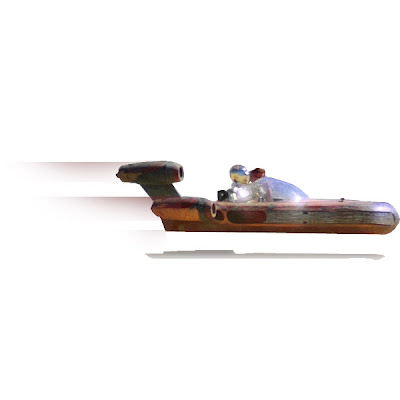 You know, I remember watching a special on cable about how Star Trek had affected popular culture/history called "How William Shatner Changed the World" a few years ago host by The Shat. It was clever take on how the theoretical technology used in the show helped shape the minds of a generation and thus helped create the world we live in and now take for granted...

Well, over at Computer World they've got a similar one on how the Star Wars Universe has affected technology in the thirty years since it opened up. A very nice read. It's nice to see that George Lucas's creation was such a touchstone of what was coming. Maybe, just maybe he was more revolutionary than I give him credit? Perhaps now I'll forgive him for "The Phantom Menace."

The Phantom Menace is unforgivable and so is Crystal Skull. It's a travesty to see the man who revolutionized the industry lose all sight and touch with reality. Lucas once said "A special effect without a story is a pretty boring thing." Obviously he wasn't listening to his own advice when he created those CGI crapfests. Until the day we have real lightsabers (which isn't going to happen for obvious reasons) Star Wars is just overcommercialized fantasy. Star Trek at least had some very well thought out technological ideas that actually became a reality. Even the idea of a transporter isn't as far-fetched as you might think. Scientists have successfully dematerialized particles which may be the key to teleportation as a means of transportation in the future. Besides, we all know that Lucas ain't got s*** on The Shat.

While I was very disappointed with "Crystal Skull," I couldn't compare it to how bad "Phantom Menace" is...

They're galaxies away in those terms. Far, far away...