The End Of The World As We Know It... 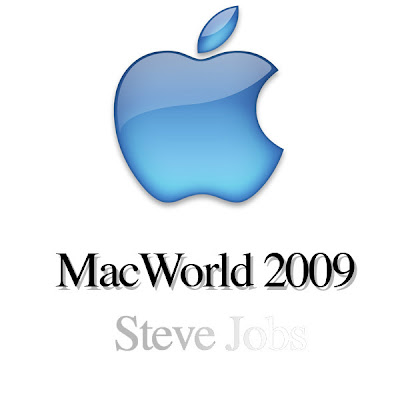 Nothing is permanent but change...

As time marches on you see people pass away, buildings fall and culture evolve. There is nothing that lasts. That should be humanity's epithet really. But no matter how much you realize it, that little phrase doesn't hit you until events make you pause for perspective.

I've been watching Steve Jobs since his original introduction of the Macintosh back in 1984. Yes, I'm that old. But to be fair, I was just a cute little tyke back then. But I've been an avid(some would say religious) observer of him since he came back to the company in 1996. His Keynotes are the highpoint of those festivals of Mac Geekdom we call Macworlds. Watching him get up there and spin even the most trivial new feature into the greatest creation of mankind is fun, frustrating and entrancing all at once. It's been known for a few years that Apple was getting tired of the show and was thinking about leaving them altogether. They stopped doing the ones in Boston/New York several years ago, but the San Francisco ones are almost an annual pilgrimage. Where the faithful journey up to the Moscone Center for the annual introduction of this year's Cool Thing. Everyone always waiting for Steve to say: "Oh, and one more thing..."

That has all now ended even before it really has. If you follow Jobs and Apple you'll notice that the last few appearances he's made were suspiciously shorter than in earlier years. He's started to allow others more and more time on the stage. Phil Schiller has always been like a Robin to his Batman, but hey, he's Robin. I don't go to see Robin. Well, it was just announced that Jobs will not be delivering the Keynote in January's Macworld... Phil will deliver it instead. Not only that, but this will be the last one that Apple attends. No more. Some people say that they're doing it because the Internet makes these trade shows obsolete. Others are saying that the company is planning on starting their own shows. One that can be controlled more(if that were possible) by the little fruit company. Still, there are some like me that feels this is really the preparation for a life without Steve Jobs at the helm. He may be the largest share holder in the Walt Disney Company, but his heart, his soul are at Apple and it's almost unfathomable to think of the computer company, scratch that, the electronics company without thinking of him guiding it.

While I'll look forward to what new devices, gadgets and gizmos they come out with in January, I won't be looking forward to the Keynote like I use to. As nice and competent as Phil Schiller is, he's not Steve Jobs. It's like comparing Ron Miller to Walt Disney... there's no comparison. Jobs generates excitement, he makes you care about what he's talking about. Which in turn makes you care about him...

I'm going to miss that when Macworld 2009 begins in January. There's going to be a large room filled with thousands of people, but somehow that room is going to feel really empty this time...
Posted by Honor Hunter at 3:23 PM

The problem with Apple is their cult-like marketing culture. They hype every product as the greatest thing since sliced bread only to add one new feature to it and sell it to you again. Steve Jobs can't keep pimping iPods to keep Apple going. They need to get back to focusing on computers. I used to drink the kool-aid but I've since come to see them as every other consumer electronics company. There products are ridiculously overpriced. I used to use the analogy that buying an Apple was like driving a Lexus instead of a Hundai. Well a Lexus is just pure luxury. Both cars will get you where you want to go. One is just nicer and more comfortable. It's time for Apple to step up to the plate and become the revolutionary company it likes to believe that it is instead of just passing out the kool-aid.

Are you really Steve Wozniak?