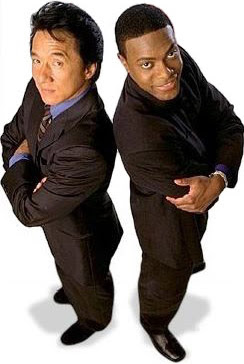 Jackie Chan and Chris Tucker's "Rush Hour 3" was at the tops of the box office this weekend with a $50 million take sending the super-spy, Jason Bourne down to number two with a $37 million haul. The Matt Damon vehicle, "Bourne Ultimatum" has domestic total of $132 million since last Friday. "The Simpsons Movie" brought it's home total to $152 million. Disney's "Underdog" continued to under-perform for the second week with a disappointing total of under $25 million in ten days. Pixar's "Ratatouille" collected over $193 million in domestic cheese... Remy is getting closer to a $300 million world-wide gross. While it's probably not going to equal "Cars" take, it seems to still have good legs, particularly overseas where there are still a few territories to open up.
Posted by Honor Hunter at 11:32 PM

I can't believe a movie like this will wind up making more that Ratatouille.