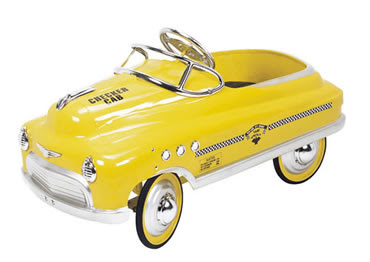 Walt Disney Pictures will likely have Dwayne "The Rock" Johnson star in it's followup/remake of "Witch Mountain" which Andy Fickman is directing for the studio.

Johnson, last worked with Fickman in Disney's "The Game Plan," and is negotiating to play a Las Vegas cab driver who picks up a pair of tween siblings with mysterious powers on the run from ominous forces. Andrew Gunn produces through his Gunn Films shingle, and Ann Marie Sanderlin is the Suit in charge for the Mouse. The current draft of the script was written by Matt Lopez.

Filming will begin in March.
Posted by Honor Hunter at 9:08 AM

I guess "The Rock" will ask those kids:

"Can you smell what the Rock is cooking!?"

Great blog, greetings from Brazil.
I love all this inside information from Disney that you post here.
I don't know if I can but I have a question: I am a big Gargoyles fan (for me this is the most complex and rich animation show that Disney produced for television). Once I learned about a movie version for the show. My question is: Is this a Forgotten Mouse Tales ?
I hope that you can answer my question. Anyway, great blog. Forgive me for my poor english

I am just looking forward to the day when Disney remembers that classic movies do not mean remake it.

What is next: Mary Poppins in the 21st Century? Or Citizen Kane, part II (Electric Boogaloo).

I saw this movie and it sucked. Almost as much as this blog.