Disney Outs Another Fairy In August... 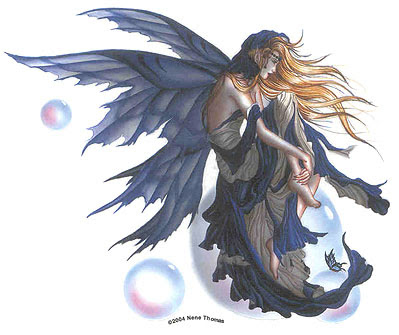 Another chapter in the "Disney Fairies" series is to be released in August. "Fairy Haven and the Quest for the Wand" gets a worldwide release from Disney Consumer Products today. These books are paving the way for the release of the "Tinker Bell" movie in 2008, which will be the first of a proposed three to four films about the little creatures. These books are authored by Newbery Honor winning author Gail Carson Levine with illustrations by David Christiana.

Although it's not something I tend to read, the stories are far more creative and interesting for children than the "Disney Princess" stories. The artwork for the books is also top-notch and Christiana certainly provides beautiful renderings. The movie that comes out next year is moving along. Animators I've talked to consider it a greatly improved tale since Uncle John got involved. Not that it'll be Pixar quality, but the story will be much better that the original idea is the general consensus. After that film, the movies will involve other characters as Tink is just intended as a starting point.

Disney seems to be handling this project quite well so far. The "Disney Dwarves" series that was to follow appears to have had the kibosh put on it. Too bad, I hear it had some great artwork and an interesting premise. Lasseter is very protective of the classic Disney properties, though.

What Glendale wants, Glendale gets...
Posted by Honor Hunter at 7:40 AM