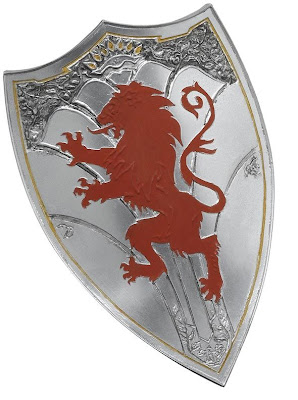 I know that several other websites have commented on this. I've had this done for a couple days but I've been doing some things that have kept me from posting it.

Sorry for the lateness...

Saturday was the day for Disney fans with the panel on Walt Disney Pictures "Narnia: Prince Caspian" and Pixar's "Wall-E". Although I enjoyed the LTWATW movie and was a fan of the book as a child, the film was not something I was ecstatic over. Make no mistake, it was a good film. It was entertaining and had a great moral tale that followed the book, yet expanded the story so that it could appeal to people who aren't Narnia fans.

I have never read any of the other books, though and Caspian is a bit of a mystery to me. I know the general plot and all, but that's it. The panel began with a satellite link up with Andrew Adamson where he introduced us to the man who will be playing the title character: Ben Barnes. There were several guest that came out and set at the table. They're deep in production right now with about a month more filming left. There are lot more effects in this film. The images and footage they showed reflect a much more mature film than the last. It may be they are trying to give the series a "family" appeal and shy away from it being known as a "children's" film. There was talk about the future of the films and commitment to filming the entire series. While Disney hasn't said it will make more Narnia films it will all depend on the might dollar. To which I say "duh!"... of course they won't make films if they don't make or loose money. As long as they keep making money we can expect to see all seven films be adapted. Surprisingly, one about every year if all goes well. That's an ambitious production schedule. Even films like the Harry Potter series take about 18 months between films. Production begins on "TCON: Voyage of the Dawn Treader" in February and Adamson will move over to the producing position the way Chris Columbus did on the films of the young wizard. All in all, it looks like a promising film... I look forward to the first trailer.

The Pixar panel began with a screening of the Pixar logo. Not one for the entire company, but most likely what will appear before "Wall-E" when it premieres in 2008. Andrew Stanton and god of sound, Ben Burtt came out to talk about the film. Stanton pretty much confirmed what we've seen reports on around the net like Jim Hill and others. Wall-E is a robot that's been around the earth doing his job for over 700 years after the planet has been evacuated. Humans now live in space on giant orbital ships and are giant blobs that sit around and are waited on hand and foot. Wall-E is a robot that over the centuries has developed a personality. He, unlike other robots has achieved consciousness. No longer a cog in the machine, Wall-E actually acts more human that humans now do. Anyway, he comes in contact with a robot from space named Eve and escapes earth to head out in space for a new adventure.

The footage and artwork show was great. The scene was heartfelt... amazing even. Burtt was basically in the position of creating a language in a world without human language. In truth, this film seems like a silent film. It relies on mostly visual pantomime to convey the emotions of it's characters and the arcs in the story. This film shows me the genius of Pixar and its employees. They really don't talk down to the audience. Their entire goal is to tell great stories, engaging stories that the audience will love. I was originally worried about the film being too preachy, but from what I've seen I really am looking forward to this film. It also makes me anticipate what is in store for us at Walt Disney Animation Studios next fall. Actually it makes me curious to see what Lasseter has in for us in live action as well.

After the panel I went out for burgers and beer at our San Diego hang out during Comic-Con: Daves... can't recommend those burger high enough. Over good food and conversation I got a confirmation from one of my Disney animation friends. Andrew Stanton hasn't admitted it, but my friend said "Princess of Mars" was his next film. So there you have it, Stanton will follow Bird into the live action world.

I had a great time at Comic-Con, but each year with all the new people there it becomes more of a job and less fun trying to navigate the panels, floor and meetings. Still, I loved it.

There you have it. A little late. A little short... but hopefully worth it.
Posted by Honor Hunter at 10:31 AM

Thank you for this re-cap, I really enjoed it. WALL-E can not get finished soon enough. I need another teaster of some sort. Although those Buy N Large postcards were cool.
I'm sure Comic-Con was hectic and a bit of a chore at times, but c'mon, I would GLADLY have been there in your stead! The fact that Burtt is on board for Wall-E is very exciting, and I have full faith in Stanton.

Thanks for the confirmation. I wonder when it will officially be announced that Stanton is directing Princess of Mars? Did your source say anything about casting? I can't wait to see Pixar's first live action film! Awesome.

They need to just do it all in 3D. I hope they don’t put in any live action... Don’t pull a Happy Feet on us Pixar. I want to see the humans Caricatured not live action. Or maybe Pixar thinks they don't have the talent to make it work. But I doubt that. Maybe Pixar will just turn into a SFX house for live action films for Disney. That sucks. I Guess Pixar is still not mature enough to make different genre with animation. I guess they feel that if they ever leave the KID ZONE of animation they need to make parts or maybe all of it in live action. It also sounds like the directors are thinking they are all high and mighty because they have helped or have done one or two films. Also from some of the artists and animators that I know find that Pixar is getting a bad reputation with their aragonite and prideful attitudes. Because once you start working at Pixar, some people there seem to think they are experts at everything now, and it really goes to their head. Besides Sony Animations, and Blue Sky are giving a run for their money. And in my opinion will one day surpass Pixar. PRIDE COMES BEFORE THE FALL…

Interesting take. I actually think Wall-E will be far and away the most adult friendly of any Pixar film they've done, and thus a step in the direction of 'mature animation'. I can't remember being this excited for one of their films beofre, but I'm reserving all judgment for the release of the full length trailer. (Which needs to get here ASAP!!)