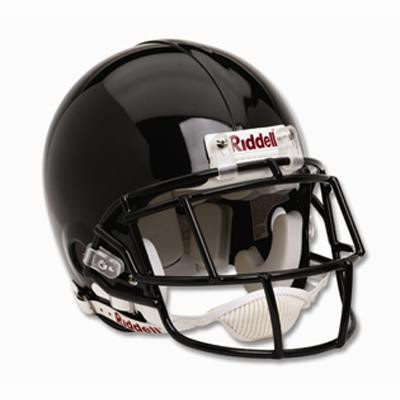 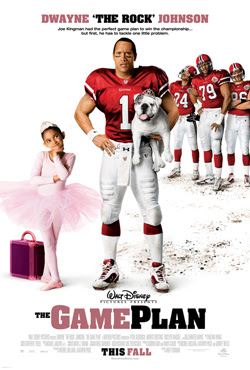 This film directed by Andy Fickman and written by Nichole Millard & Kathryn Price tells the story of superstar pro quarterback Joe Kingman, whose Boston-based team is heading for the championship. Kingman is the ultimate bachelor, totally self-center superstar: he’s rich, famous and the life of the party. But this dream is suddenly sacked for a loss when he discovers the 7-year-old daughter he never knew he had – the product of a last fling before parting years ago with his young wife. Now, during the most important time in his career, he has to figure out how to juggle his parties, practices and dates with the newfound ballet classes, bedtime stories and dolls that come with his daughter. Equally perplexed is his hard-edged mega-agent, Stella, herself without a parental bone in her body. Filled with the hilarious misadventures that come with being a new father, Kingman discovers there’s more to life than money, endorsements and thousands of adoring fans: the love and care of one very special small fan is the only thing that matters. 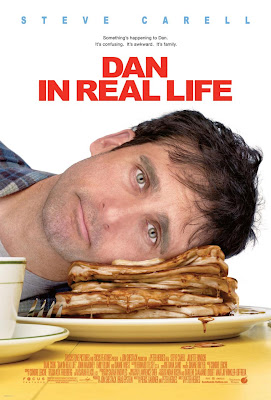 This film directed by Peter Hedges and written by Pierce Gardner and Peter Hedges features comic sensations Steve Carell and Dane Cook along with Academy Award® winner Juliette Binoche star in this hilarious and touching comedy that centers around what happens when romance and family collide. Love strikes in the worst-possible circumstances for widower, single dad and popular family advice columnist Dan Burns when he falls for a beautiful stranger in a bookshop – only to discover she’s the very same woman his charismatic brother is about to introduce as his incredible new girlfriend at their parents’ annual get-together. As the weekend gets under way, Dan and Marie scramble to hide their mutual attraction to each other, resulting in a series of hilariously awkward situations. Yet, even under those circumstances, they can’t help falling in love. Dan realizes that no matter how many good suggestions he might have for other people... when it comes to romance and family, the hardest advice for a man to follow is his own. 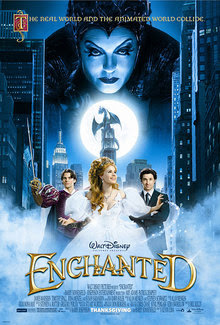 This film directed by Kevin Lima(Tarzan) from a script by Bill Kelly is a twist on the classic Disney animated film where fairy tales meets with up with modern, live-action romantic comedy. The story follows the beautiful princess Giselle as she is banished by an evil queen from her magical, musical animated land and finds herself in the gritty reality of the streets of modern-day Manhattan. Shocked by this strange new environment that doesn’t operate on a “happily ever after” basis, Giselle is now adrift in a chaotic world badly in need of enchantment. But when Giselle begins to fall in love with a charmingly flawed divorce lawyer who has come to her aid, even though she is already promised to a perfect fairy tale prince back home... she has to wonder if a storybook view of romance survive in the real world? 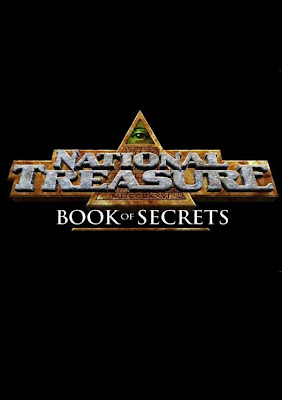 This sequel to the surprise hit original film is directed by the original helmer Jon Turteltaub with a screenplany by the Wibberleys & Ted Elliott & Terry Rossio... heard of those last two guys? In this second tale we find treasure hunter Ben Gates once again sets out on an exhilarating, action-packed new global quest to unearth hidden history and treasures.

When a missing page from the diary of John Wilkes Booth surfaces, Ben’s great-great grandfather is suddenly implicated as a key conspirator in Abraham Lincoln’s death. Determined to prove his ancestor’s innocence, Ben follows an international chain of clues that takes him on a chase from Paris to London and ultimately back to America. This journey leads Ben and his crew not only to surprising revelations – but to the trail of the world’s most treasured secrets.

That should pretty much push us through till the holidays. Of course what isn't mentioned here is which film will get the new Disney animated short to go with it. Can you guess which one will be showing Goofy's rise back to stardom?
Posted by Honor Hunter at 8:44 AM