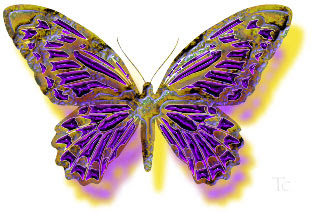 Here we are with another collection of stories that wound up getting lost along the way to the movie theater...

This children's fairy-tale based on a fantasy novel by Michael Chabon("Wonderboys') about baseball and the battle between good and evil in a world where fairies and werefoxes exists was snapped up for a mid-six figures to be produced by Walt Disney Pictures and Miramax. The project will be produced by Robert De Niro and Jane Rosenthal. Michael Chabon was to have adapted his own book for the screen. The deal was put together in early 2001 before the novel was completed based on a three page synopsis and two sample chapters.

This screenplay written by Tristan Patterson for Producer Jerry Bruckheimer follows an elite force that focuses on solving criminal-on-criminal homicides in the San Francisco area. Can you say "CSI: the movie"? This project is supposed to currently in the process of being rewritten... I smell a mystery? Should we call out the investigators to solve it?

A comedy spec script by Toni Kotite that Walt Disney Pictures for a low-six figures. The story concerns a Midwestern family guy that sabotages families that are on a waiting list for a prestigious private school he wants his five-year old son to be enrolled at. Hilarity ensues...

Jenno Topping and Betty Thomas will produce through their Tall Trees Productions for Disney.


Until The Sea Shall Free Them

Based on the true story of a rundown merchant marine ship that sank off the coast of Virginia in 1980, with the loss of 31 out of 34 men. In the subsequent investigation, the ship's first mate was held accountable for the tragedy. At first compliant, he ultimately becomes a reluctant hero, defying the shipping industry and pressure from his community to stay quiet.

Bought for the Mouse in the mid-six figures. The script by Lewis Colick, adapted from Robert Frump's novel will be produced by Rachel Pfeffer.

The story of a interracial couple who fall in love and get married. But the two formerly single parents discover that trying to bring their families together is not as easy as it may have seemed. Sounds like someone has been watching "Guess Who's Coming To Dinner?".

The script by Shonda Rhimes will be produced by Tracey Edmonds and Bridget Davis for Walt Disney Pictures... or at least it was... who knows now.

Written by Dean DeBlois for Walt Disney Pictures, this tale of a Loch Ness-like monster in Key West, and a circle of kids that uses more Boy Scout technology than high-tech gadgets in order to trap it. A 21st Century "Goonies"? What's that you say? Sigh... never-mind. Dean DeBlois and Chris Sanders will produce through their overall writing deal which allowed Sanders and Debois to write, direct and produce animated and live-action films under their Stormcoast Pictures banner. They were to receive multiple seven-figures on all films that get made. How many have been made yet?

A thriller by Jeffrey Nachmanoff about a topical, politically relevant story dealing with international terrorism and U.S. traitors was to be produced by Mandeville Pictures' David Hoberman and Todd Lieberman for Touchstone Pictures based on an original idea by Steve Martin. Could Political Correctness have shut it down... no one knows. Or do they? Hmmm...

The story centers on Pulitzer Prize-winning photographer Robert Capa from 1943 and D-Day, and his love affair with an Englishwoman during WWII. Walt Disney Pictures paid six-figures for this project which is based on two books whose rights Disney picked up: Slightly Out of Focus: The Robert Capa Story,"... yawn. I'm sorry... what? Did someone say something?


Well, that's it. Some really good ones, some interesting ones and a few that don't register on your "interest radar". Such is the case in Hollywood, where money and talent sometimes collide to make great films and sometimes totally get lost on the way to the screen... even for the Mouse.
Posted by Honor Hunter at 9:37 AM

Traitor is getting made with Don Cheadle, but not at Disney who put the movie in turnaround.

greetings, thanks for info about "until the sea shall free them". how did you find out that it will eventually be a movie? My uncle was on the ship and is one of the few mentioned in the book.