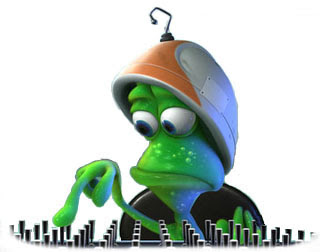 Gary Rydstrom did an interview with radio station KBOO FM's "Words & Pictures" show the other day. Check out the podcast of the discussion with the director of the "Lifted" short from Pixar and future film director... whoops, did I say that?

Well anyway, take a listen to the interview... it's really a nice, quiet chat about the short, Pixar, animation and FX itself. It's great things like this that makes the internet so appealing. You have access to whole areas of the world that were unattainable just a few years ago. Imagine if animation buffs and future artists had the ability to get hold of some of this stuff while they were honing their craft?

Perhaps someone listening out there is the next Ron Clements, Brad Bird, Bruce Timm or Uncle John?
Posted by Honor Hunter at 1:50 AM