What Would Walt Think? 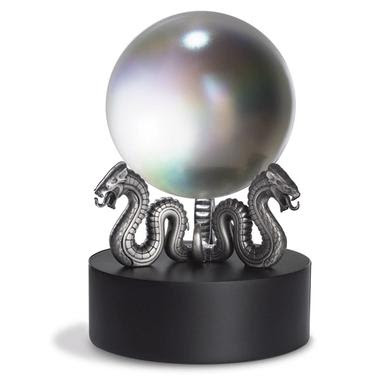 You've all seen those hats and shirts with the WWJD on them. The "What Would Jesus Do?" statement that some people make to ask what the moral ramifications of peoples actions should be.

Well, we Disney fans/geeks are always hearing stuff like "Walt would never do that" or "Walt would hate that". So it made me wonder...

What would Walt Think?

About what, you ask?

Well, I wondered what he would think about how Walt Disney Productions became the behemoth Walt Disney Company.

And also what he'd think about his beloved EPCOT and the realization/bastardization of it that finally came to be.

And then there's what he'd of thought of the original Disneyland. The expansion of it. DCA. The general Anaheim area around the park and how it's different today than when he drove down daily from Burbank.

Now granted, this is pure speculation. Other than looking into a crystal ball, hiring a physic to contact his ghost or pulling his head out of the mythical cryogenic freezer there is really no way of knowing truly what he'd of thought of these questions. We can only base it on our general understanding of who he was and relate it to the context of where he was and the time in which he lived.

Walt Disney Productions went from a small company that made Oswald the Rabbit cartoons to Mickey Mouse cartoons... slowly he worked up to features with "Snow White and the Seven Dwarfs". Within a decade he would start prepping WDP for it's entry into live-action with "Treasure Island", "20,000 Leagues" and several others. Then came television which was really just to fund his construction of Disneyland. All this time Walt had licensed out the Disney characters to merchandising companies. By the time he passed away, Walt and Roy Disney had turned WDP into a very large entertainment company. When Michael Eisner came to power in 1984 he knew the potential the corporation had and turned it into an even larger empire, finally changing the name to the Walt Disney Company. Bob Iger is now in charge of a global behemoth that's only entertainment rival is Time-Warner.

Walt would be surprised at how large his company had gotten. From the movies made for families(Walt Disney Pictures, Pixar) or adults(Touchstone, Hollywood, Miramax) to Disney no longer letting others handle it's properties(Disney Consumer Products), the company is an amazingly diverse collection of every facet of entertainment. I think Walt would be happy with most of what the company does... he'd especially would like the Disney Cruise Line I think. Having seen pictures of him traveling to Europe aboard luxury liners of the past I think he would have been pleasantly surprised at the cruise line.

I think Walt would take a look at the Disneyland Resort, as it's called now, with a bit of wonder. He'd be amazed at how it's grown. The park would definitely be something he would be proud of. I can't say that he'd be totally happy with Tom Sawyer Island, but the spirit of Disneyland changing continually reflects on the timeless nature of the park.

To say that he wouldn't like DCA is unfair because the park is still evolving and by the time it's ten it will be a much rather different place... as will be the Resort, with new hotels under construction, the original hotel rethemed(and now actually owned by Disney) and an expanded Downtown Disney. I'd say he'd even be surprised at the surrounding area which doesn't look near as tacky and cheap as it did when Walt made the decision to build a Disneyland on the East Coast.

Walt Disney World would be a mixed bag as well. The sheer size of it with it's four theme parks, two water parks and voluminous hotels would surprise and astound him. The fact that one of these parks would be called Epcot and bear little resemblance to his dream would probably be heartbreaking. EPCOT was Walt's dying dream and I believe he knew no one could pull it off but him. Still the fact that it's not a working city would be the most disappointing thing for him.

The expansion across the world would most likely give him a reflection on how much of an affect he's been on the world in addition to America. Having parks in Paris, Tokyo and Hong Kong are an example of the American dream extended internationally, Disney being the perfect representation of this. The deal that Walt Disney Productions made with the Oriental Land Company would most likely anger him. Walt was about control and letting another company handle the parks and characters would have never been an option. The deal that created Tokyo Disneyland would more than likely never have happened had he still been running the company.

As I said in the beginning of this article, this is all just speculation based on what we know about the Old Maestro and what we believe he would think about the life his company took on after he passed on... there's a great deal to be proud of. There's a good deal to be embarrassed by. There's even a small amount to be ashamed of. But of the totality of it all... it's a great gift he gave the world. It continues to delight fans all across the world so many, many years after his death.

And we should all remember, it's Disney's world after-all...
Posted by Honor Hunter at 7:33 AM

i agree the tokyo disneyland deal would anger him, but the results of it i.e the two amazing parks there he would be most proud of

But look at what Walt did when faced with a crisis like World War II. He had to do what the government wanted to stay afloat. Yes, it chafed him, but he did it to keep the studios open.

I know he wanted to shutter everything when it came to the strike. I believe that incident, along with losing Oswald, were two of the most important periods in the life of the studio.

I agree, though. I think Walt would have put more into the Tokyo park. But I don't think that Unvle Walt could have pulled off his dream of Epcot.

Wow.. really? I think he would trash about 80% of it. Think about this - in Walt's time, everything Disneyland was doing was original and exciting. How much of it is original now? He would think "what a bunch of slackers"...

Read the book "Waking Walt", a novel about what happens when a cryogenically frozen Walt awakens in the early 2000's and is confronted with his empire.

Truly amazing book, and his reactions are not what you'd expect (assuming you buy the author's viewpoint).

I won't give anything away, but I will mention this: Disney wasn't the most politically correct man, and much of what has been done in his name is simply baffling to him. The scenes of Disney wandering Epcot are worth the price of the book alone.