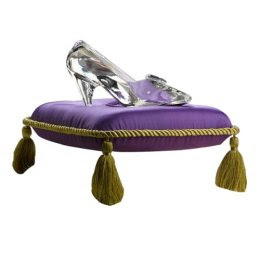 Walt Disney had it right when he created Disneyland.

That's what you get when you buy a ticket to the park.

That's what is being sold to you and that's what you get. It really is that simple.

And Disney understood that. We all want to experience the world, but we don't all want to face it's dangers. If we have kids then that's doubly so...

By creating the park, Walt created a place we can all go and experience these things. Believe in them... without having to fear a danger from them.

The world is a dangerous place. Sometimes it can be an unhappy place. That's why the park is so successful. It's like a parent welcoming you into their arms as they tell you a tale and transport you to some magical place while still feeling the warmth of their arms around you...

All the other parks succeed or fail based on the theming that comes from Disneyland. Others have tried and most have fallen short at attempting to mimic the theming of the Anaheim original. Even Vegas has taking on the idea of theming itself ever since the late 80's. It used to jokingly be called a "Disneyland for adults"... now, it literally is that statement.

When we go to any park now, it's the standard by which we all measure the others. Every park now offers what theme it thinks people will like. Not just a bunch of rides, but a story... a narrative, if you will. Human beings have a short attention span. We have the need to constantly be presented with new things because we bore so easily. Disneyland is so filled with new things and new experiences it demands constant returns. And we know each time something new will come our way. We all want to believe it. To believe in it.

Because, Walt was right.

Theming is believing...
Posted by Honor Hunter at 9:48 AM

No, I really think that that's a cultural thing.

Having visited Nunavut, I can tell you that the attention span of the Inuit (whom you call Eskimos) almost defies belief. This is reflected in their tv programming and films too (see "Atanarjuat: The Fast Runner").

At the other extreme, Indian movies (from India) are even more flashy and shallow than their American counterparts.