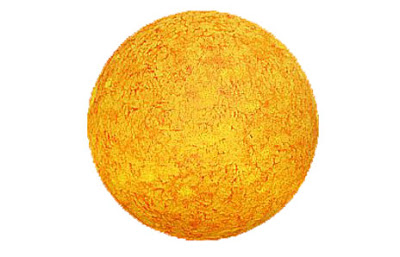 Well, it appears that the Anaheim City Council has decided that Disneyland hasn't given enough to the city. I mean, where would Anaheim be today without them? Disneyland should be grateful this powerful collection of orange groves allowed it to be built there. For some reason The idiots on the Council voted 4 to 1 to place the proposed zoning change on the June 3rd, 2008 ballot, during a state primary.

Council woman Galloway had a meeting which included officials from Disney, SunCal and the two other home developers.

Her request(read: demands) required Disney commit to helping fund-raise with other businesses and contribute at least $25 million for affordable housing units over five years. This is sheer robbery... where have they been spending the money they already receive? Is it the Walt Disney Company's responsibility to contribute even more than it does already because the Council spends too much money on its pet projects that should be left in the general fund?

Galloway wants Disney to negotiate with three developers and have them voluntarily remove their land from the Anaheim Resort boundaries so the Council could rezone the area to build homes there. Read this as getting Disney to use its weight to bully developers into giving up land they rightfully have a business investment in because the Council is too cowardly to do the bullying themselves.

The Council also wants Disney to drop the lawsuit. After-all, how dare they pursue their legal rights when the Council has reneged on its promise only six years into the agreement.

Of course, SunCal was "open" to these "fair" negotiations... sigh. Sorry if you don't like me writing these things... but I've always hated ingrates... and these people are living, breathing, walking, textbook examples of it. Not that I know they will, but I hope the Mouse puts a great deal of money toward defeating these Council members.

And a little sanity couldn't hurt, either.
Posted by Honor Hunter at 8:14 PM

Im with you! i may live in Anaheim but doesnt mean im with the council.
The mayor is on Disney's side and so am i. We dont need more houses! anyway, im with ya!

What makes me laugh is they can build the platinum triangle with all these new homes and not propose low income housing inside there? Anaheim needs to open there eyes and stop trying to be Mother knows best.

From the beginning of all this, I have suspected a bit of payola. And not from or to Disney. The media should do a little digging to see if all is above board.

You are hilarious. You call this vote as being FOR SunCal, and yet SOAR said they were happy about the outcome, in fact, they called it a victory! Also, you say such mean things about Galloway, only, she was the only one to vote AGAINST the ballot measure. Talking out of both sides of your mouth, aren't you?

You know that thing between your big Disney ears? It's call a brain... use it.