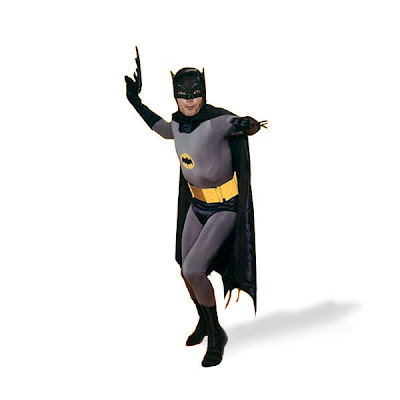 Not really a Disney related news item, but more of an entertainment related one. And a sad one at that...

I heard yesterday that Neil Hefti, the jazzy musician best known for that catchy and very classic "Batman" theme from the 60's television show passed away on October 11, 2008 as a young sprite of only 85 years.

That show is as much a part of my childhood as anything else and his theme was something I hummed throughout the innocence of my youth. Adam West's campy portrayal and Hefti's wonderfully light jazz tunes influenced me as much as Disney, so I felt it was worth mentioning.

My condolences go out to his friends and family...
Posted by Honor Hunter at 5:39 PM

There is an excellent cover by The Jam of the Batman theme.

Shouldn't there be a post about it being Angela Lansbury's Birthday? She is a Disney Legend after all.

If you're going to post, please use your own name and not mine when doing so...


Bolt. The Chase. Turn your speakers up and hang on.